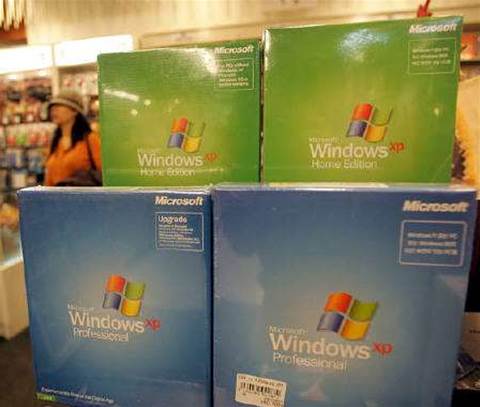 SEOUL (Reuters) - Microsoft has threatened to withdraw its Windows software from South Korea if the country's antitrust agency orders it to unbundle its Instant Messenger and Media Player from the operating system.

"If the KFTC enters an order requiring Microsoft to remove code or redesign Windows uniquely for the Korean market, it might be necessary to withdraw Windows from the Korean market or delay offering new versions in Korea," Microsoft said in a US regulatory filing on Thursday.

The KFTC began its probe in 2001 when South Korean internet portal Daum Communications Corp alleged Microsoft's bundling of the operating system with other services broke antitrust rules. It widened the probe following a similar complaint from RealNetworks in 2004.

A ruling could come as soon as Wednesday, a KFTC spokesman said.

"No matter what Microsoft does, we will proceed with our deliberation and discuss it again at a plenary session on Wednesday," Lee Tae-hwi said by telephone. "There is no change in our stance to fight unfair business practices."

Microsoft has previously said the complaint was without merit and that it would cooperate fully with the probe.

In the United States, Microsoft agreed to pay RealNetworks US$761 million early this month to settle an antitrust suit accusing it of using its dominance to promote its own Media Player.

After the agreement, RealNetworks said it was dropping similar suits in South Korea and Europe.

But the Korean commission has said its investigation would not be affected by the settlement.

Microsoft on Thursday posted a 24 percent rise in quarterly profit on robust sales of Windows, but tempered expectations of a sales spike.

Grow your software revenue by selling these 5 affordable, essential tools for the modern workplace
By Staff Writers
Oct 31 2005
10:00AM