Spotify hit by patent lawsuit after US launch 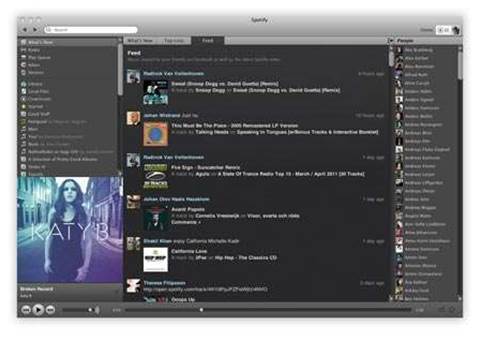 Spotify has only been in the US for two weeks, and it's already being sued for patent infringement.

The streaming-music service has been running in Europe for more than two years, but only reached the US this month after years of speculation over whether it would make the leap.

The exceptionally broad patent, spotted by TechDirt, for a "device for the distribution of music information in digital form" is owned by PacketVideo, a company that develops mobile technology, notably streaming video.

PacketVideo is asking for an injunction blocking Spotify from further infringement and for any damages to be trebled because the infringement was "wilful".

Spotify said it would fight the claim. "In just under three years, Spotify has become more popular than any other music service of its kind," the company told Reuters. "This success is, in large part, due to our own highly innovative, proprietary hybrid technology that incorporates peer-to-peer technology."

"The result is what we humbly believe to be a better music experience - lightning fast, dead simple and really social," Spotify added. "PacketVideo is claiming that by distributing music over the internet, Spotify (and by inference any other similar digital music service) has infringed one of the patents that has previously been acquired by PacketVideo. Spotify is strongly contesting PacketVideo’s claim.”

The suit again highlights the controversy over the US patent system, which has seen a host of lawsuits between tech firms large and small.

Google bid for bankrupt Nortel's IP - losing out to a consortium headed up by Apple - just to keep it out of rival hands, with executive chairman Eric Schmidt saying the flawed patent system was "gumming up the works of innovation", while Microsoft has called for reform after being forced to pay $290 million over a Word dispute.