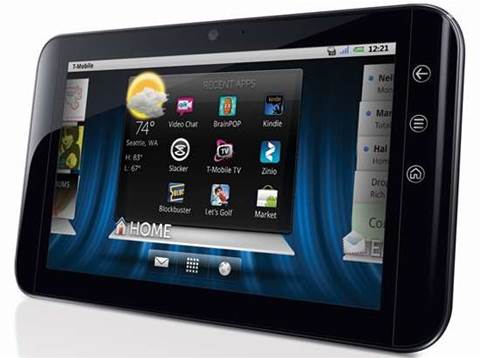 Lenovo is reaffirming its commitment to its Android-based tablets – at least for now – in the wake of the demise of Dell's Streak 7 Android tablet. Dell nixed the 7-inch tablet on Tuesday, posting a note on the Streak 7’s landing page saying that the product, unfortunately, is "no longer available for sale."

Dell declined to comment on exactly why it discontinued the tablet, which was its last Android-based device on the US market.

Many reports are suggesting that Dell pulled the reins on the Streak 7 to start transitioning from Android-based tablets to Windows 8-based tablets, upon the new OS’ release next year. Dell declined to confirm the move, but other PC makers, such as Lenovo, have expressed their commitment to Google’s OS – even if just for now.

Tim Shea, CEO of Alpha NetSolutions Inc., a solution provider serving small and medium businesses, also said he plans to stand by Android. Shea said he likes Android-based tablets because they can be locked down in a virtual desktop infrastructure (VDI) environment that can be easily secured and managed. That is more appealing for commercial customers than the Apple iPad alternative, said Shea.

"I like Android a lot," he said. "There has to be a platform to offset Apple. It's a lot like Linux. Apple (iPad) is an island in and of itself. No one wants to run 1,000 islands."

Tyler Dikman, president and CEO of solution provider Cooltronics, speculated that if Dell ultimately decides to nix Android it may be because its apps are developed more for smartphones, rather than tablets.

Dikman also noted that, historically, Dell has upheld a close-knit relationship with Microsoft, which could nudge the PC maker toward Windows 8.

"With Windows 8 on the horizon and Dell’s continual investments in tablet platforms, I think there is a very strong chance that, coming soon, we will see a Dell tablet with a version of Windows 8," Dikman said. "I don’t think, though, that means Dell won’t continue exploring enterprise platforms down the road. But if had to take a wild guess today, if a new version of an Android OS comes out for tablets and Windows 8 for tablets come out, which would I choose as far as what Dell would pick? I would definitely say Windows 8."