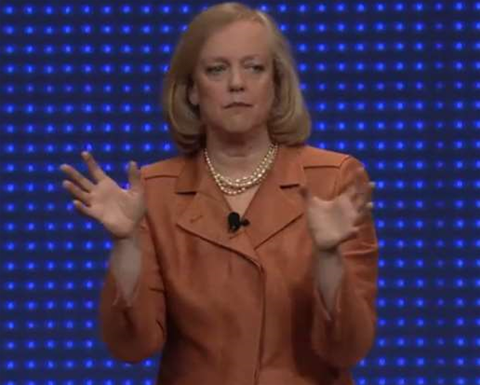 HP plans to bundle information management software from its $US10 billion "baby tiger", Autonomy, with HP hardware, it revealed on Thursday.

Former Autonomy chief Mike Lynch, who heads up the unit within HP, told delegates at HP's 2012 partner conference in Las Vegas to expect a raft of new hardware products designed specifically for its software, which can search structured and unstructured data.

There will initially be just two Autonomy hardware releases, said Lynch, but these will mark the beginning of a series of appliances that put its software in the hands of HP's 200,000 partners worldwide.

HP's hardware plans for Autonomy go beyond servers for the enterprise to cover as-yet unspecified products from its PC division, Personal Systems Group (PSG), and its Imaging and Printing Group (IPG), according to Lynch.

Autonomy is a well-established player in information management, with its core enterprise search technology facilitating tasks related to unstructured data, such as legal e-discovery, contextual-based search, and more traditional fields like records management.

Lynch said HP would also launch products built around delivering security policy, such as "meanings-based governance", and would, through HP's resellers, begin hitting up SMBs -- a completely new field for the formerly enterprise-only software company.

HP chief Meg Whitman, however, tempered partner expectations of a rapid integration of Autonomy with a cautionary parable about the dangers that tiger-mums pose to their cubs.

"One of the things I want for Autonomy, I want Autonomy to be incredibly successful within the context of HP," said Whitman.

"And for those of you who have watched HP do acquisitions, most of the time we do them really well. But there is a danger when a very big company like HP buys a small, fast growing, up-start, revolutionary like Autonomy.

"What can happen is the mother tiger can roll over on the baby tiger really easily, and it's not a pretty sight."