Ultrabooks and Windows 8 to dominate Computex 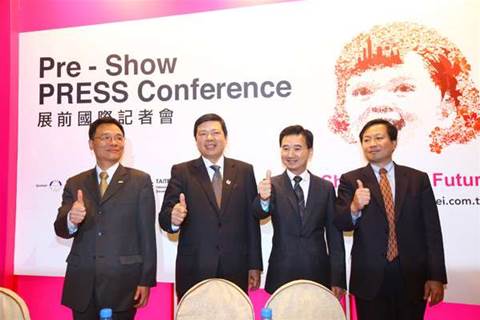 June is fast approaching, which means the 32nd outing of the world’s second largest ICT tradeshow, Computex. Held every year in Taipei, the show will run this year from the 5th until the 9th of June, during which an expected 120,000 people will attend and generate US$28 billion worth of business.

Four major categories
Last week, TAITRA (Taiwan External Trade Development Council) and the Taipei Computer Association held a press conference to announce what was in store for this year’s event. The focus will be on four major categories – ultrabooks, handhelds, e-reading and cloud technology and services.

Last year’s show kicked off with Asus announcing the UX21 and UX31 ultrabooks, as well as Intel making some serious noise about the new product category. This year we should not only see in production models from Asus, Acer, MSI, Gigabyte and Samsung, but also new products designed to take advantage of Intel’s next generation Ivy Bridge processors. Ivy Bridge should be released by the time that Computex comes around, and we expect it to be key to the next generation of ultrabooks.

HTC at Computex
Asus and HTC have been two of the real success stories in the handheld market over recent years, proving that Taiwanese companies can compete on the world stage. This year will mark the first time that HTC has been involved with Computex, a big move for a company that has historically focused its global marketing efforts outside of its home country. We are still unsure whether HTC will be exhibiting on the show floor, but its chief marketing officer will be doing a keynote speech at the event, and was on hand for the pre-show press conference last week.

The AsusPadfone
Asus’ Android powered Padfone will be one of the star products on show, and it has confirmed that it will be announcing new products at Computex (although refused to elaborate on just what). Its Transformer Prime tablet was the first to sport a quad core CPU, and the show organisers are promising that there will be an even wider array of manufacturers showing off quad core handhelds this year.

But the show won’t just focus on Android handhelds, with Windows 8 set to play a big part in proceedings. This means that Computex should be the first time that we see a lot of Windows 8 tablets being shown off, with Microsoft heavily involved in both its own stand and those of other manufacturers of Windows 8 devices.

Google takes part
Curiously, the cloud technology aspect of the show won’t just focus on software, but rather the increasing number of Taiwanese manufacturers making the hardware needed to drive the shift towards the cloud. This has been reinforced by the fact that Taiwan is a key part of Google’s Asian cloud strategy, and Google itself will be taking part this year.

We’ll be on the show floor at Computex come June, doing our best to cover the latest and greatest products being shown. With products like Ivy Bridge and Windows 8 set to dominate computing this year, it should be one of the most exciting shows for some time.