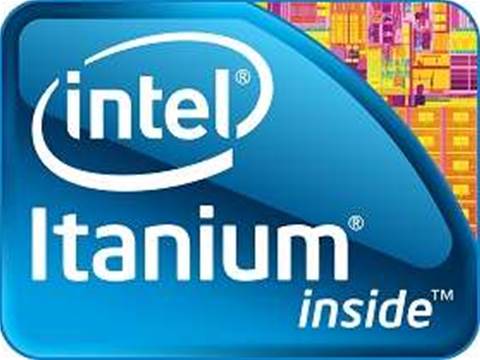 Intel has revealed plans to introduce eight cores and a 32-nanometre manufacturing process on its forthcoming 9500 series Itanium 64-bit processor in a bid to speed up the enterprised-focused chip.

A reference manual published this week, and first reported by CPU World, indicates plans to provide chips with 16 KB instruction sets and data caches for each core.

The new Poulson chips double in the number of cores per chip from the previous generation, based on a 65-nanometre process.

The new Itanium processors will support DDR-3 800 and 1066 error-correcting memory, as well as featuring HyperThreading and Virtualisation. The manuals did not reveal clock speeds for the chip but earlier reports suggested the processors could range between 1.73 GHz and 2.53GHz.

Though now believed to be profitable, Intel's Itanium has a chequered history. It was originally devised by HP and later jointly developed with Intel as an intended replacement for x86 architecture.

While the chip has found its way into large enterprise servers, its initially disappointing performance meant it did not unseat x86 architecture computers and has never been a commercial success for Intel.

The Itanium processor is also at the centre of the fierce dispute between HP and Oracle, when the latter company halted support for high-end servers based on the Intel chip.

In February this year, a US judge ordered the unsealing of documents in the case, showing HP had agreed to pay Intel $US690 million between 2009 and 2014 to keep the Itanium alive.

Oracle said that because HP didn't disclose the deal to its customers, it was engaging in fraud. The US court didn't agree with Oracle, however, and dismissed the claim.

Eliminating departmental friction within MSPs
By Juha Saarinen
Jul 13 2012
8:02AM