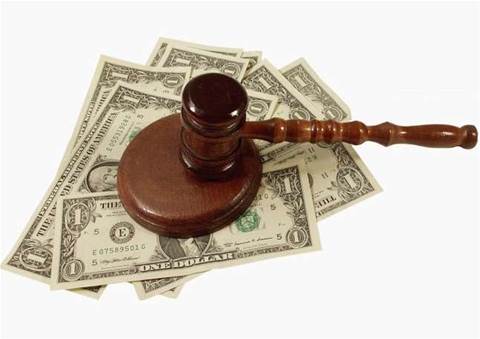 Struggling Finnish phone maker Nokia has settled its patent dispute with BlackBerry maker Research in Motion in return for payments, as it tries to exploit its trove of technology patents to boost its dire finances.

Terms of the agreement were confidential, but Nokia said on Friday it included a one-time payment to be booked in the fourth quarter, as well as ongoing fees, all to be paid by RIM.

Nokia is one of the industry's top patent holders, along with Qualcomm and Ericsson, having invested 45 billion euros in mobile research and development over the past two decades.

It has been trying to make use of that legacy to ensure its survival as it battles to recover ground lost in the lucrative smartphone market to the likes of Apple and Samsung.

With sales and cash reserves falling and its credit rating cut to junk over the past year, Nokia in October announced a 750 million euros convertible bond to help fund its fightback.

Nokia has earned around 500 million euros a year from patent royalties in key areas of mobile telephony.

Some analysts have said it could earn hundreds of millions more if it can successfully negotiate with more companies.

They estimated its June 2011 settlement with Apple was worth hundreds of millions of euros, but said the RIM agreement was likely worth much less because of lower BlackBerry sales.

"Not hundreds of millions," said Martin Nilsson, analyst at Handelsbanken, when asked for an estimate on the settlement. He added the news was positive, if not surprising.

"More or less, when companies like Ericsson, Qualcomm or Nokia go into negotiations, they end up net winners."

Nokia shares fell 3 percent to 3.07 euros by 1000 GMT yesterday. They have been retreating in the past few sessions from their strong surge of the past month.

They rose around 40 percent over the month through Tuesday on speculation its new Lumia smartphones were selling well. Analysts have warned the phones appeared sold out in many stores as supplies were short to begin with.