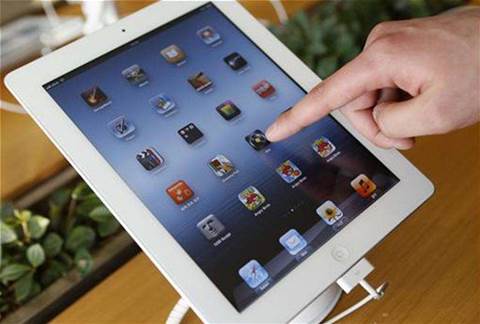 Sharp's iPad screen production line at its Kameyama plant in central Japan has fallen to the minimal level to keep the line running this month after a gradual slowdown began at the end of 2012 as Apple manages its inventory, the industry sources with knowledge of Sharp's production plans said.

Sharp has stopped shipping iPad panels, and the exact level of remaining screen output at Sharp was not immediately clear but it was extremely limited, the sources said.

Company spokeswoman Miyuki Nakayama said: "We don't disclose production levels." Apple officials, contacted late in the evening after normal business hours in California, did not have an immediate comment.

The sources didn't outline why production had nearly halted. Among the possibilities are a seasonal drop in demand, a switch to another supplier, a shift in the balance of sales to the mini iPad, or an update in the design of the product.

Macquarie Research has estimated that iPad shipments will tumble nearly 40 percent in the current quarter to about 8 million from about 13 million in the fourth quarter, although Apple's total tablet shipments will show a much smaller decrease due to strong iPad mini sales.

Any indication that iPad sales are struggling could add to concern that the appeal of Apple products is waning after earlier media reports said it is slashing orders for iPhone 5 screens and other components from its Asian suppliers.

Those reports helped knock Apple's shares temporarily below $US500 this week, the first time its stock had been below the threshold mark in almost one year.

Apple has reportedly asked state-managed Japan Display, Sharp and LG Display to halve supplies of iPhone panels from an initial plan for about 65 million screens in January-March.

A person who is familiar with the situation at LG Display said iPad screen production in the current quarter had fallen from the previous quarter ending in December, mainly due to weak seasonal demand that is typical after the busy year-end holiday sales period.

Sterne Agee analyst Shaw Wu said some of the product cutbacks at Sharp are probably seasonal.

"The March quarter is almost always weaker than the December quarter," he said, adding that Apple also consolidates suppliers of certain components during quarters with weaker demand. "The Korean manufacturers are more efficient and typically have lower costs."

Eliminating departmental friction within MSPs
By Reiji Murai and Miyoung Kim
Jan 21 2013
8:07AM