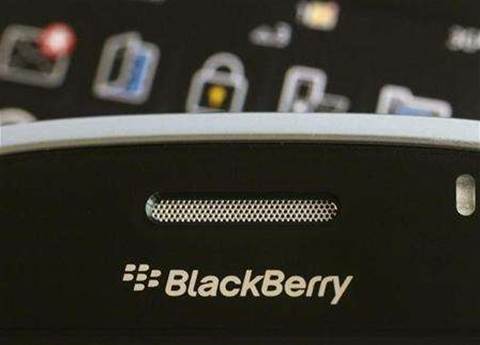 BlackBerry is taking aggressive action against a research firm that reported BlackBerry Z10 devices were being returned in unusually high numbers.

The Canadian smartphone maker announced Friday that it has asked both the U.S. Securities and Exchange Commission and the Ontario Securities Commission to review "a false and misleading report" from research and investment firm Detwiler Fenton.

BlackBerry and carrier partner Verizon Wireless have refuted the report. Last month, BlackBerry reported it had shipped 1 million Z10s since the smartphone's launch in Canada and U.K. in February and in the U.S. in March. BlackBerry also said that Detwiler Fenton refused to make either its investor report or its methodology available to the company.

"Sales of the BlackBerry Z10 are meeting expectations and the data we have collected from our retail and carrier partners demonstrates that customers are satisfied with their devices," said BlackBerry President and CEO Thorsten Heins in a press statement. "Return rate statistics show that we are at or below our forecasts and right in line with the industry. To suggest otherwise is either a gross misreading of the data or a willful manipulation. Such a conclusion is absolutely without basis and BlackBerry will not leave it unchallenged."

Detwiler Fenton responded with a statement saying the firm confident in its research methodology and that it welcomes any regulatory inquiry. The firm also said none of its analysts or officers have any financial stake in BlackBerry.

Still, BlackBerry is pressing forward with the matter. BlackBerry said it will present its formal request to U.S. and Canadian regulators in the next several days. "These materially false and misleading comments about device return rates in the United States harm BlackBerry and our shareholders, and we call upon the appropriate authorities in Canada and the United States to conduct an immediate investigation," said BlackBerry Chief Legal Officer Steve Zipperstein in a press statement. "Everyone is entitled to their opinion about the merits of the many competing products in the smartphone industry, but when false statements of material fact are deliberately purveyed for the purpose of influencing the markets a red line has been crossed."

BlackBerry partners, meanwhile, say they're seeing strong demand for the Z10, which is BlackBerry's first smartphone designed for the new BlackBerry 10 operating system.

Robby Hill, CEO of HillSouth, a BlackBerry partner based in Florence, S.C., said the Z10 is selling better than he expected, thanks to the long stretch between BB10 and the previous operating system. "What we're seeing is that most of the sales are to existing platform users, and so far there have been very few converts or tire-kicking from users of competing mobile platforms," he said. "There was bound to be a ton of pent up demand from users eager to upgrade within the BlackBerry ecosystem."

Hill also questioned the Detwiler Fenton report. "I haven't seen anyone who's returning the device," he said. "Who would want to go back to a device that's two years old?"

Rick Jordan, director of mobility sales at Toronto-based Tenet Computer Group, says BlackBerry is still dealing with a lot of negative perception in the market over the past struggles. "There are still a lot of BlackBerry bashers out there," he said. "BlackBerry has a long road ahead of it, but so did Apple years ago."

Jordan also said Tenet Computer Group is seeing a strong response to BlackBerry 10 and the Z10 device. "A lot of our clients have made the switch and more and more are converting to BB10 and upgrading [to the Z10]," he said. "Businesses are really embracing the whole BB10 package, from the device to the operating system and the security service."