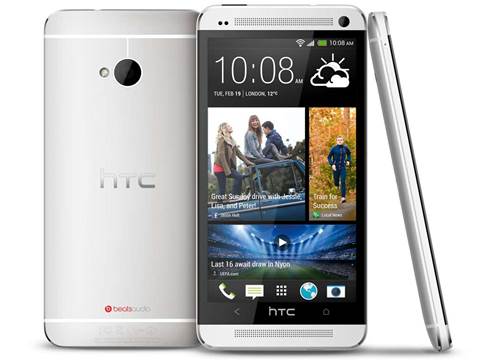 HTC One not big enough for you? The Taiwanese manufacturer is reportedly beavering away on the T6, a 5.9in quad-core phablet that's set to do battle with the similarly monolithic Samsung Galaxy Note 3.

According to perennial leaker evleaks, writing on Theunlockr, the T6 will borrow the aluminium unibody looks of the HTC One, packing in a 2.3GHz quad-core Snapdragon 800 processor, a 5.9in 1080p screen, 2GB RAM, a 3300mAh battery and 16GB of storage. It'll also feature an UltraPixel camera – no word on whether it'll feature the same 4MP spec as the HTC One's snapper – and a 2.1MP front camera.

The HTC T6 will reportedly come packing a fingerprint reader along with a stylus sporting an "ultra-thin tip." Intriguingly, evleaks also claims that the T6 will arrive with Android 5.0 Key Lime Pie, skinned with HTC's Sense and BlinkFeed – suggesting that the manufacturer will roll out a Key Lime Pie update to the HTC One around the same time.

Of course, the T6 will be lining up against the Samsung Galaxy Note 3, which will reportedly arrive with an eight-core Exynos 5 Octa processor, a 13MP camera, 3GB of RAM and 32GB of expandable memory – a formidable spec list, if if proves to be true.

Accessories-wise, HTC's set to release a power jacket that'll boost the T6's battery with an additional 1250 mAh of oomph. Pricing and availability for the T6 have yet to be leaked, but it's said to be arriving in summer or early autumn.

Grab the MSP security opportunity
By Stephen Graves
Jun 3 2013
8:33AM