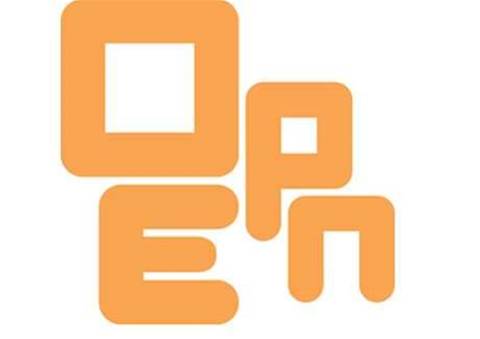 Hewlett-Packard on Tuesday said it is preparing to bundle its small business PCs and printers with Google Apps for Business, a move that signals a continuation of a growing rift between HP and one of its key technology partners, Microsoft.

Just as important, the new offering, called HP SMB IT in a Box, is a strong sign of the growing need for HP to embrace the cloud and for Google to find a way into the business world.

"I think it's the next evolution," said Allen Falcon, CEO of Cumulus Global, a Westboro, Mass.-based partner of both HP and Google. "This will likely extend the acceptance of Google apps for business. This is already starting to gather momentum, but they need to further demonstrate interoperability with legacy applications in order to reach the next level. A solid relationship with HP will be beneficial."

The long partnership between HP and Microsoft has been showing stress lines in the last couple of years.

HP is following that up this month with the expected launch of the Slate 7, its first Google Android-based tablet PC.

Furthermore, Microsoft this year agreed to loan $2 billion to Dell as part of Dell's move to transform into a private company.

However, for HP and Google partners, the big question is how the new HP-Google partnership will work in the small business market.

Under the new relationship, unveiled at this week's HP Discover conference, HP is entering the Google Apps Reseller program.

The HP SMB IT in a Box offering, scheduled to ship in July, bundles HP's PCs, printers, management console, administration technology and customer support with Google Apps for Business, which includes Gmail, IM, Calendar, Drive, Docs and other applications.

HP said later versions of HP SMB IT in a Box will include integrated consoles that will allow solution providers, IT administrators and customer to access the entire solution.

NEXT: Channel Partners Assess The New HP-Google Apps RelationshipFred Moore, managing partner at Moore Computing, a St. Louis-based HP SMB partner who's typical customer has about 40 users on a network, said HP SMB IT in a Box could be a tough sell to small businesses.

"We don't see a lot of adoption toward Google Apps, although we are seeing some Office 365," Moore said. "But about 100 percent of my clients still have Microsoft Office installed."

The biggest problem with HP SMB IT in a Box is the difficulty in getting small businesses to consider changing a very basic component of their IT infrastructures, Moore said.

"I'm not sure small businesses want to tear out what they already have to go with a new thing like Google Apps," he said. "And no one will want to switch a few users to Google Apps and then have to support both."

It will also be interesting to see whether HP can execute on this new bundle, Moore said.

Another big issue will be how channel-friendly the new HP SMB IT in a Box will be, Moore said.

Larry Velez, CTO and founder of Sinu, a New York-based MSP partnering with both Google and Microsoft, said the HP-Google news makes for a very interesting new market dynamic.

"By giving a partner like HP the opportunity to resell Google Apps, Google gets an entry to the business market without the need to sell customers on a one-to-one basis," Velez said. "Right now, to get a university or large business to use Google Apps, Google flies people in to see the customer. That's very expensive. Makes for good PR wins. But, Google needs a way to scale."

That way to scale comes with HP, Velez said.

"If there's one thing HP does well, it's creating an army or resellers," he said. "HP knows how to build a channel. Google knows how to market to consumers and how to sign up very small businesses. But a lot of businesses don't buy off a website. They need their hands held."

Giving Services-oriented Partners An Opportunity To Sign With HP

Many traditional hardware resellers are frustrated in that they know about the cloud but not how to take advantage of it in their sales, Sinu's Velez said. That presents an opening for HP with Google Apps for Business.

However, dealing with Google requires a good mobile strategy, and mobile is a big boy's business, Velez said.

"HP will have to compete with Samsung, which is competing with Apple," he said. "I don't know if HP can compete in this space. And, HP has a lot of legacy infrastructure."

Even so, Velez said, the new HP-Google relationship could be the catalyst for Sinu to sign up as an HP partner as an alternative to its current Dell relationship.

"If HP hadn't shown signs of life like this, I might have considered another alternative like Lenovo," he said. "HP wouldn't have been on my list. But now things are different. [HP CEO] Meg Whitman came from eBay, and knows infrastructure-as-a-service. And she built eBay into a huge marketplace, making it part of the future of software-as-a-service and the cloud. It's encouraging to know she built eBay. And now HP is talking to Google, which, like eBay, is very disruptive."

Ken Presti and Steve Burke contributed to this article.

CRN has reached out to HP Australia for comment.

Grow your software revenue by selling these 5 affordable, essential tools for the modern workplace
By Joseph F. Kovar,
Jun 12 2013
11:19AM