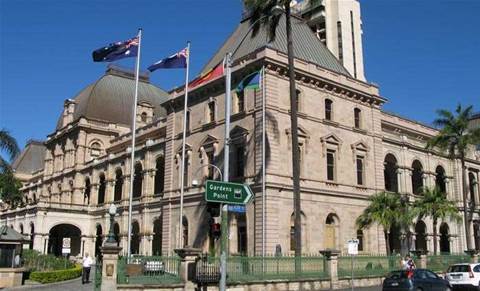 The Queensland Government has released its new model for IT governance, which attempts to balance accountability for technology projects between departmental Director Generals and the state's IT minister.

The five-year plan [pdf] reiterates the Newman Government’s intent to no longer operate as an internal provider of technology services and move to consuming IT as-a-service from the private sector.

It also deals with the difficult question of IT governance in the wake of numerous failed technology projects.

The plan gives a degree of autonomy to departmental Director Generals for “low-risk” IT projects. Those deemed “high-risk” will need to be signed off by Walker based on the advice of the Department of Science, Information Technology, Innovation and the Arts (DSITIA) Director General Andrew Garner.

Walker said the definition of what constituted a “high-risk” versus a “low-risk” IT project would be announced in a separate implementation report, to be finalised on August 30.

Regardless, Garner will now have the authority to give the “tick of approval” over whether even the smallest of projects “comply with a whole-of-Government” approach, the Minister said.

“I am ably assisted by a Director-General in whom I have great confidence," Walker said.

Garner had been acting in the position since former CIO Peter Grant was removed to work on other projects, fuelling speculation the Office of the CIO would be scrapped.

Walker told iTnews the Office will continue to exist, but only in an advisory capacity to Garner and other Director Generals.

“The role of the Government CIO is continuing and I intend to fill that position,” he said.

Walker was unable to guarantee the jobs of the 30-odd staff of the GCIO due to an ongoing review of its function.

Walker said the strategy focused on ensuring “accountability is built in” to any IT project undertaken by the Queensland Government.

“Until this strategy was put in place, there was no clear line of accountability,” he said, making reference to Queensland Health’s troubled payroll project. “It wasn’t clear what any part of the government was doing.

“My department and Director General will be at the core of major risky IT decisions, and the Council of Director Generals will be tasked with seeing if gateways are met.”

As previously announced, the strategy promised an IT dashboard which lists all large IT projects underway within the Queensland Government for members of the public to track delivery, time and budget.

The five-year plan also revealed the performance of ICT investments would be regularly reported to Cabinet.

Minister Walker said DSITIA had already mocked up a dashboard on an intranet portal and promised a final product would be live by the end of 2013.

“That sort of initiative will be a breath of fresh air to make government honest to itself and to the people of Queensland,” he said.

Grow your software revenue by selling these 5 affordable, essential tools for the modern workplace
By Brett Winterford
Jul 8 2013
10:56AM