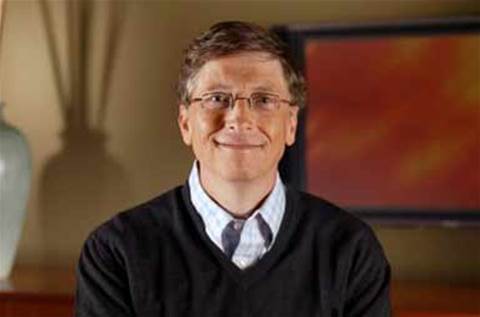 In the wake of Microsoft's $900 million write-down for Surface RT, "there's speculation about the return of Gates to power as he attempts to put order in the company he founded in the early 70s," according to the report.

The Australian International Business Times -- which didn't specify where the speculation is coming from -- is apparently referring to the day-to-day role Gates held before leaving Microsoft in 2008 to focus on philanthropic work at the Bill & Melinda Gates Foundation.

Microsoft could be in for "really tough times" after its shares dropped more than 12 percent Friday, its biggest one-day plunge since 2000, according to the report.

A Microsoft spokesperson told CRN that the company doesn't comment on rumors or speculation.

Still, the idea of Gates returning is tantalizing for Microsoft partners, who feel the company needs an infusion of founder leadership.

Bob Venero, CEO of Future Tech, a Holbrook, N.Y.-based Microsoft partner, believes Gates could get Microsoft back on track.

"When Gates started Microsoft, he had a very specific vision and direction for how they were going to market it," Venero told CRN. "The world would have to listen more to Gates than [CEO Steve] Ballmer, who really seems to be running Microsoft as a business entity versus something that could be more."

Gates, in his Microsoft chairman role, had made headlines a couple of times recently.

In an interview with CNBC in May, Gates described iPad users as "frustrated" with the limitations of Apple's tablet and said the Surface tablets are much better for getting work done.

"If you have Surface [or] Surface Pro, you've got that portability of the tablet but the richness, in terms of the keyboard and Microsoft Office, of a PC," Gates told CNBC.

In a talk earlier this month at the Microsoft Research Virtual Faculty Summit, Gates suggest that Microsoft Bob, the attempt at a more user-friendly interface that bombed in the 1990s, could make a comeback.

"A long time ago, we tried a little personality that was definitely premature. I think it will re-emerge, but perhaps with a bit more sophistication. We were just ahead of our time, like most of our mistakes," Gates said at the event, as reported by GeekWire.

Grow your software revenue by selling these 5 affordable, essential tools for the modern workplace
By Kevin McLaughlin
Jul 24 2013
8:04AM