Chip sales on record pace for 2013 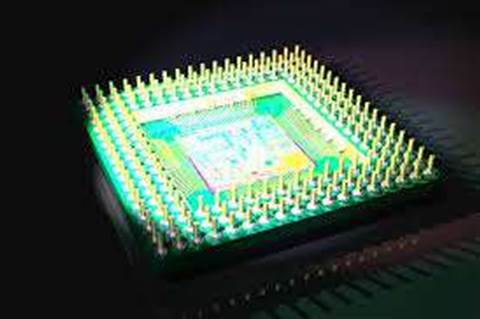 Microprocessor sales are predicted to rise 8 percent to $61 billion in 2013, with chips for smartphones and tablets driving the market to new levels, according to market research firm IC Insights. The increase comes despite a predicted 2 percent drop in x86 chip sales for servers and PCs this year, said the research firm.

Chip sales for the x86 market are down, however, with lower desktop and notebook sales responsible for the lion’s share of the decline, said Rob Lineback, senior market research analyst with IC Insights.

"Windows 8 has compounded the situation and accelerated the drop in demand for x86 chips," he said.

The PC market is shrinking due to slow adoption of Windows 8, a weak economy crimping corporate budgets, and a trend of "good enough" computing where spending on beefier PCs can't be justified, said Lineback.

"[But] the PC isn't dead," he continued. "Businesses still need servers and desktops with keyboards. Within two years people are going to need to upgrade."

IC Insights forecasts the market share of x86 microprocessors sold by Intel and Advanced Micro Devices for PCs and servers will represent 56 percent of total chip sales in 2013, lowering its January estimate of 58 percent. Confidence in Intel server sales, according to Lineback, is keeping x86 chips from seeing further downward estimates.

Eliminating departmental friction within MSPs
By Tom Spring,
Aug 20 2013
8:15AM