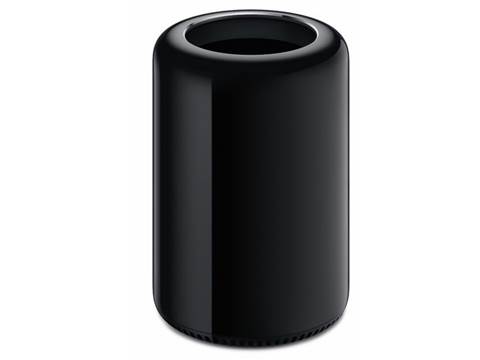 Apple has revealed the full specification of the cylindrical Mac Pro it unveiled earlier this summer.

The eyecatching desktop is powered by either quad-core or six-core Intel Xeon processors, up to 16GB of DDR3 RAM and up to 1TB of PCIe-based Flash storage.

The Mac Pro can handle up to three 4K displays simultaneously, according to Apple.

Graphics are handled by dual AMD FirePro graphics processors with up to 3GB of GDDR5 VRAM for each.

This all squeezes into a unit that's only 25.1cm tall and runs almost silently, according to Apple.

All of this power and design doesn't come without damage to your credit limit. The lowest spec version costs $3.999 in Australia, for a 3.7GHz quad-core Intel Xeon E5 processor, dual AMD FirePro D300 GPUs with 2GB of VRAM each, 12GB of RAM, and 256GB of storage.