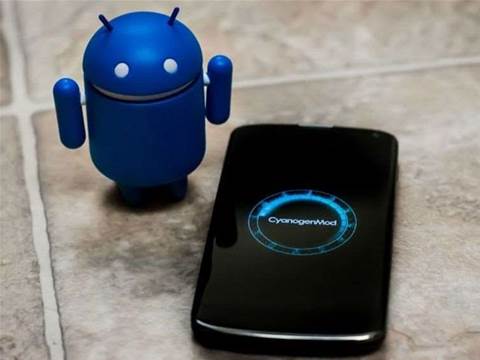 CyanogenMod has released its one-click install app, making it easier for Android users to switch to the alternative OS.

The app is now available through Google Play, and promises to remove some of the headaches associated with manually installing the popular Android variant.

Based on Android, CyanogenMod is an open-source project that offers additional features and benefits, such as support for a 4K resolution.

However, installing CyanogenMod via the app will work with only a limited number of devices and carriers, meaning it isn't yet available to the vast majority of Android users.

Downloading the app requires the user to install a PC-side client, compatible with Windows Vista, Windows 7 or Windows 8; CyanogenMod said it's working on a version for OS X. The app works on Android 2.3.3 and more recent releases.

The installer goes through the various steps required to unlock the handset and installs the correct version of the OS. Further updates are then available over the air.

There are caveats, however, notably that replacing your phone's version of Android with CyanogenMod might void its warranty. Users are also urged to back up their data, since it's likely everything will be wiped on installation.

And a number of early complaints on Google Play and Cyanogen's own user forums also suggest installation isn't plain-sailing for newcomers, nor is it clear how to restore a bricked device.

"Great concept, but poor execution," said one Google Play customer, Sal S. "If the point was to bring CyanogenMod to the masses then there is still a long way to go."

Open-source alternative
To date, CyanogenMod enthusiasts have relied on their own nous and Cyanogen's wiki to install the OS, with the process varying depending on device manufacturer and carrier.

In spite of this, CyanogenMod's open-source roots and extra features have pulled in an impressive number of users. The company hopes to replace Windows Phone as the third most popular OS and estimates that it has around eight million users already. That figure includes only CyanogenMod users who have opted to share their data, suggesting the actual tally may be higher.