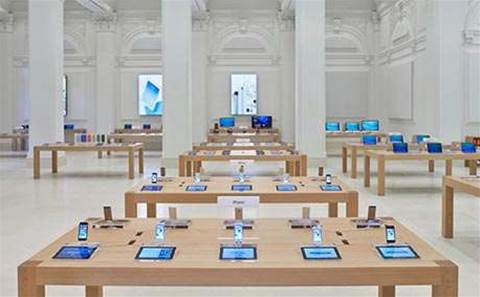 Next Byte will close its Brisbane CBD store, less than three weeks after Apple opened its third store in the city.

A closing down sale at the Brisbane store was advertised via the Next Byte Facebook page on 31 January, stating "It is a sad day today with our Brisbane CBD store closing its doors for good."

Vita Group chief financial officer Andrew Leyden told CRN this morning that there were no plans to open another Brisbane store at this stage. "It's unlikely we will compete head on with Apple. We're partners with Apple so we want to work in a way that's complementary to their offering."

He said that while the Brisbane store was profitable, it would "clearly be impacted by an Apple opening."

"We were aware that they wanted to take CBD locations and we expected that to occur in Brisbane as well.

"We've had previously stores competing head on with Apple and they to do tend to be impacted by a Apple store opening," he said.

For instance, its store in Broadway, Sydney, was closed as Apple opened in the same block.

Apple opened a new street front store in the Brisbane CBD on 17 January in the MacArthur Chambers building.

At the time, Leyden said Next Byte's strategy was to try not to operate in competing locations with Apple – a position he reiterated today.

"We try not to compete with Apple. We knew that the Apple site was going to happen. Our strategy with Next Byte is to operate in a complementary way with Apple. If you look at where we open stores we tend to open in regional locations."

Leyden couldn't confirm the date the Brisbane CBD store will close. "Obviously we need to make sure all the issues involving our team members are taken care of."

Eliminating departmental friction within MSPs
By William Maher
Feb 3 2014
11:06AM