Microsoft: Partners that code for open source can be MVPs 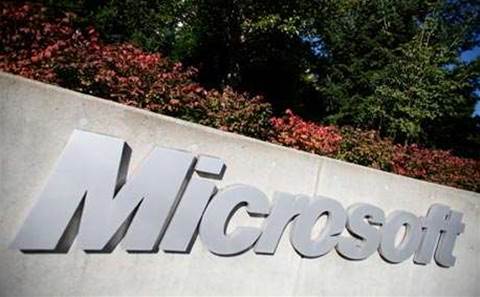 Microsoft has stepped up its participation in the open source community in recent years, and now it's planning to give special recognition to developer partners that work on open source projects.

The MVP award for developers includes a free one-year Visual Studio Ultimate with MSDN subscription, which is priced at $13,299 annually. MVP partners in general also get direct interaction with Microsoft product teams, advance notice of coming products, and attendance at Microsoft's annual MVP Summit, among other benefits.

Microsoft has around 3,800 MVP partners worldwide.

"Some Microsoft partners are building amazing open source software that everyone uses, and now they're getting recognised for that," Nielsen said.

"Microsoft didn't previously consider that as part of partners' efforts, but now there's an acknowledgment that there are many open source projects that are helping to drive the Microsoft platform."

"The idea behind these awards has been to give some recognition to folks that have volunteered their time to write books, create documentation, run user groups, and generally spread the word as advocates for the development platform," Hanselman said in the blog post.

In the blog post, Hanselman quoted an internal Microsoft email that explains the company's rationale behind changing the way it recognises MVP partners.

"As we move forward, we will change the MVP guidelines to recognise open source activities with the same weight as other community activities. We need to send a clear message that a healthy .NET ecosystem, including open source impact, is good for all stakeholders," Microsoft said in the email.

"Take a look at what we've been doing over the last year, and stay tuned for what is to come in the next year. I think you'll see a really strong level of openness and engagement with open source," Somasegar said in the blog post.