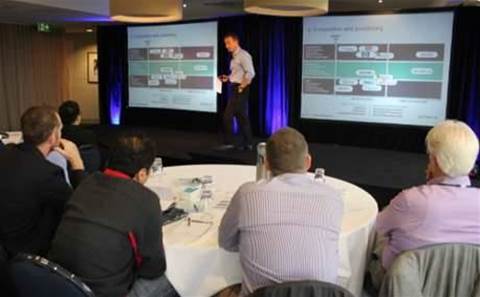 "We have geared this for our partners. In fact, the sales team don't get paid if it this isn't sold through the channel," said James Forbes-May, vice president, data management of CA Technologies Asia Pacific & Japan.

Forbes-May said that the new backup product simplifies scenarios which have required many disparate tools in the past.

"In fact, even our own former product Manage Capacity had three distinct products. But now on Arcserve, UDP is a singular console," Forbes-May said in an interview with CRN.

"For channel partners, this means it's a tremendous vehicle to solve what Gartner calls the three big issues – cost, complexity and capability," said Forbes-May. "It's monetised to displace competitors – customers have as many as eight different products to do the same thing at the moment."

While emphasising the importance of the channel for UDP, Taronga Zoo itself was presented as a sample case – even though CRN was told by a CA spokesperson the customer was served directly without a channel partner, through a sponsorship deal.

"When we ask the business if they need backup, they all immediately say 'yes'," said Richard Norburn, IT manager for Taronga Zoo. "Then when they're asked to pay, there's an awkward pause."

Norburn entertained the channel audience with the challenges of implementing IT in a zoo.

"We have 30km of fibre running at Taronga," he said. "People then ask 'where does it all go'? Well I tell them you can't run a fibre channel through the tiger cage – you have to run the cables underground, above ground, and around enclosures. There's a lot of twisting and turning."

The rolling launch of UDP around the Asia-Pacific took the CA data management executive team to Goa, India and Hong Kong, China last week before the Australian launch this week. Tokyo is next stop on the road.

"This Sydney event is certainly the largest co-ordinated partner event we have done in three years," Forbes-May said.

Grabbing the hybrid cloud opportunity with Lenovo and Azure Services
By Tony Yoo
Jun 11 2014
11:30AM