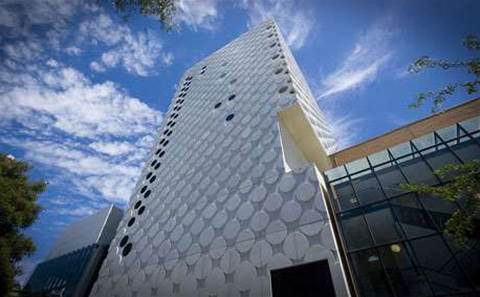 Logicalis will assist in the deployment of 3,800 Cisco video phones this year as part of a major network refresh at Swinburne University of Technology.

According to the Swinburne website, the uni is replacing its current fleet of Cisco 7960 IP phones with new Cisco 8945 video IP phones, along with new Cisco 3850 switches.

While Swinburne already uses IP phones, CRN understands it will be the first time video phones have been widely deployed for all staff.

"There are none that we know of that are rolling out video phones to the extent we are doing for this project," said Swinburne's associate director infrastructure, ITS, Daniel Buttigieg. "There are some providing it to some users, but we're doing it from the top down."

Buttigieg said the university will be refreshing 60 percent of its network, including the network core, data centres, about 60 percent of the edged switches as well as all of the IP phones. The university is also deploying the Cisco Identity Services Engine and Citrix NetScalers.

"It's quite a big project, and that's why it's going to take the good part of the year to put it all in place," Buttigieg told CRN.

Swinburne has also partnered with Aptus for the deployment of Microsoft's Forefront Identity Manager.

The university already ran a Cisco network and chose the vendor again after going to tender last year. The refresh process started last year and will continue till the end of this year.

The university upgraded its wireless network in 2011, Buttigieg said.

As reported by iTnews, Swinburne is also preparing to adopt cloud computing and is about to begin a study into the current data services it uses.

Grow your software revenue by selling these 5 affordable, essential tools for the modern workplace
By William Maher
Jun 30 2014
5:18PM