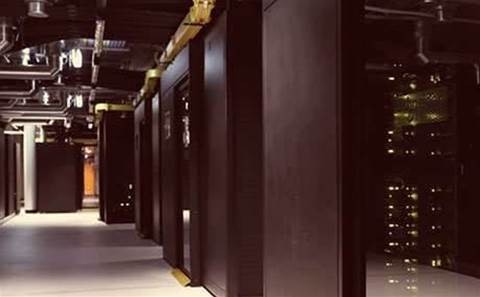 Canberra Data Centres has announced a national expansion after signing a collocation agreement with Digital Realty.

Privately held CDC, which operates two data centres in Canberra and is backed by the owners of reseller ASI Solutions, will build out racks within the data centres Digital Realty provides at both Erskine Park in Sydney and Deer Park in Melbourne.

The company’s expansion comes off the back of two big wins in recent months. Last week, CDC was awarded a subcontracting role for Lockheed Martin to provide Australia’s Department of Defence with data centre services from its two facilities in the ACT plus an undisclosed number of smaller computer rooms at Defence bases around the country.

In July, CDC was named on the Data Centre Supplies Panel (Panel 2) by the Department of Finance, which qualifies data centre providers to accept workloads from both federal and state government agencies.

This growth trajectory validates the investment by well-known channel identities Ken and Maree Lowe back in 2007, said chief executive Greg Boorer. The owners of ASI Solutions remain the largest shareholders of CDC.

"In 2007, they put some venture capital into CDC and the rest is history. We have picked up the ball and run with it," said Boorer.

He added that CDC was "punching above our weight" in a sector where it competes with global giants such as Equinix and Global Switch, as well as ASX-listed NextDC.

"It really is an amazing story. We are now one of the largest data centre operators in Australia and continue to grow in a world that is dominated by deep-pocketed multinational or publicly listed companies. So we are very very proud of our achievements – but we are not going to rest on our laurels."

The company is softly rebranding itself as part of the national expansion. "Inside our home market of government, 'Canberra Data Centres' will be very important as branding but you can see from our logos that slowly but surely we are becoming 'CDC' to appeal to a broader client base," added Boorer.

CDC’s broadening network will allow the company to offer government agencies hosting inside their own jurisdiction, and failover services both inside the ACT and across state boundaries.

Digital Realty offers wholesale data centre services from purpose-built facilities, handing over to either service providers or end user customers beyond the level of supplying cooling, power and communications.

Grow your software revenue by selling these 5 affordable, essential tools for the modern workplace
By Brett Winterford
Steven Kiernan
Sep 16 2014
6:30AM