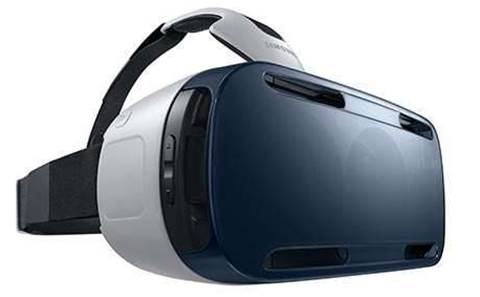 Samsung's regional enterprise boss has talked up the corporate applications for its newly released phablets, wearables and VR range.

The biggest talking point at the function was the Samsung Gear VR, a virtual reality headset based on Oculus Rift technology. The goggles – essentially a housing into which the user can slot their Galaxy Note 4 – give a 96-degree field of view and boasts accelerator, gyrometer, magnetic and proximity sensors.

"We see some sectors, especially education and health, have a strong interest in this virtual reality tech. We are exploring building software for education purposes, health, engineering, architecture – they all think they could use VR."

Gledhill said that unlike previous VR technology, the Samsung kit came at an "affordable price". The Gear VR will cost $249 and be available in Australia from November.

"They have had VR labs in these universities, but now they are seeing it at an affordable price – having labs of this type of equipment. In the past building out a lab of VR wasn't feasible due to the price point."

For instance, he said that medical colleges could use the VR kit "to do simulations and explore procedures in a more detailed way before going off and doing a complex operation".

He added: "Our model is 100 percent through channel, so our channel partners would be the recipients or benefactors of creating these new market opportunities and models."

Samsung also unveiled its Gear S at the Sydney event. This latest foray into smart watches boasts a curved 2-inch Super AMOLED screen, built-in GPS and nano-SIM. It will cost $449  and be available from November.

This too could find a home in the enterprise, Gledhill said. "As wearables are evolving from a sensor perspective, [enterprise applications are] around health monitoring and management. It is around transport and logistics, health, sport, aged care – all these different sectors and groups have shown interest."

Samsung also took the wraps off two new phablets. The Galaxy Note 4 is a 5.7-inch smartphone and updates Samsung's flagship phablet range. It is joined by the Galaxy Note Edge, which is also 5.7 inches but with a unique curved screen running down the edge of the phone, giving "quick access to frequently used apps, alerts and device functionality with a simple swipe of the finger – even when there is a closed flip cover on the phone".

Both phones come with a new version of the S Pen stylus.

"We see with the new Note product and some of the new functionality will be attractive to enterprises," said Gledhill. In particular, the stylus makes the Note range "the preferred model for enterprise-type applications".

Australia is one of the first few companies chosen as a launch market for the Galaxy Note Edge.

Create your business scorecard
By Steven Kiernan
Sep 30 2014
7:10AM