Meet the partner who took Qantas to the AWS cloud 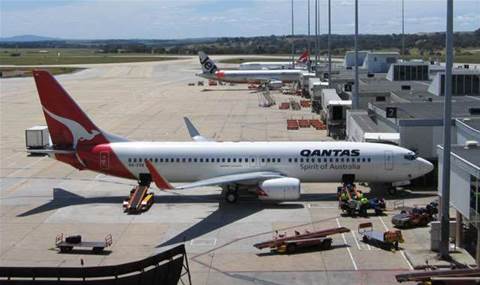 Australian AWS partner Sourced Group has been revealed as the IT provider behind Qantas’ high-profile move to Amazon Web Services.

Sourced Group, a 22-staff company founded in 2010 with offices in Sydney and Toronto, has been building out a platform on AWS upon which the Qantas.com website and related applications will sit.

The project is significant when it comes to enterprise adoption of public cloud in Australia, said Sourced principal consultant Jon Spinks.

“The Qantas migration is really the writing on the wall for enterprise migrations going into public cloud,” he told CRN. “We’re looking at a large percentage, some people have said it’s an 80 percent-plus data centre migration of Qantas to Amazon. That is huge.”

Rather than a “lift and shift” migration, Sourced’s role is providing the framework for automating application deployment. The goal is to allow the carrier to make changes to Qantas.com in minutes rather than days or months.

“We came to Qantas with the mentality that we automate everything. It reduces risk and complexity and it’s a reliable, repeatable outcome. We deploy instances; we don’t deploy servers or boxes,” said Sourced account manager Gavin Dabron.

Sourced has built a delivery framework for a variety of applications that make up the Qantas.com website – at least 28 different applications, from flight bookings to trip information.

Many applications had been written over time by another provider. “We’re untangling it and making it clean, deployable and repeatable,” said Dabron.

The airline has previously started taking advantage of AWS for other functions, such as trip optimisation. Whether the airline also moves other functions to the public cloud remains to be seen, however, the framework Sourced is working on is being designed with this capability in mind.

The Qantas project is just one of a series of major wins for Sourced, which lays claim to being the first Australian AWS partner to put a bank on the platform, and the first to put a telco on Amazon.

AWS is now introducing Sourced Group to major clients, which is what happened with Qantas.

Sourced’s team all have financial services backgrounds, including Spinks and Dabron, who both worked at JP Morgan.

“The majority of partners of Amazon have very much come from the other end, rather than enterprise, corporate governance and security. They’re more web development teams. Due to that, Amazon have lent on us and used us as their safe set of hands on site for enterprise customers,” Dabron said.

In addition to Qantas, the company is currently working with two major banks, having already worked with all but one of the four retail banks.

“Australia is very progressive in cloud computing. In the US people are doing lift and shift, moving payloads to Amazon without thinking about continuous delivery methodologies and doing progressive application deployments,” he said.

Grow your software revenue by selling these 5 affordable, essential tools for the modern workplace
By William Maher
May 5 2015
7:00AM