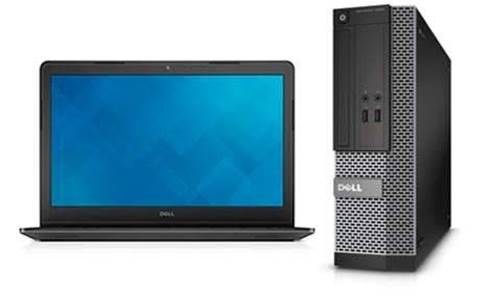 "Initially what will be stocked are specific bundles for the SME market. We will look to expand the breadth and depth of the stock," said Perkins.

By adding Dell's end user range, Ingram now supplies every top PC maker. In IDC's shipments for the first quarter, Dell had the No.3 spot, behind Lenovo and HP, and ahead of Acer and Asus.

"We want to help our partners provide solutions to real world problems,” said Brown. “So enablement, pre-sales technical engagement and marketing will all be key to our strategy as we move forward."

Though well known for selling direct to customers, Dell has sold through the Australian channel for five or six years via its PartnerDirect program, which boasts 2,000 registered partners.

The company has been increasing its channel footprint over the past year following its momentous privatisation. Early last year, founder Michael Dell told our US-based sister magazine that partners could expect "more channel love" from the newly private company.

The relationship with Ingram is part of this shift. Roddy Perkins has now been given responsibility for distribution, and he is joined atop the local channel business by Geoff Wright, who was appointed in April as Dell's local channel manager, replacing Peter Murphy, who departed in February. Wright will oversee PartnerDirect.

Perkins said awarding the End User Compute (EUC) range to Ingram was a reflection of the success of the enterprise deal. "We have seen the ESG ramp both in terms of volume and active resellers."

In fact, he said the relationship with Ingram had beaten expectations, with roughly 50 percent of orders coming from net new resellers, and the other half from existing PartnerDirect resellers.

Dell appointed Ingram Micro as a major distributor in the United States in 2009, and Perkins said his team had been working closely with their US counterparts in setting up the local structure. "Any of the hiccups that may have happened overseas we will not repeat here."

Perkins said Dell was continuing to gain credibility as a channel-friendly vendor, pointing out that 40 percent of its revenue now came via the channel and that the business is growing at 3-4x per year.

He pointed to "the investment we have made in headcount, to build out our channel in ANZ".

"We are bringing in seasoned professionals who know how to operate in the channel environment, that is adding credibility. We have strong governance processes in place to ensure we don't conflict with partners. We have had deal registration for a number of years but we're always looking to improve that."

Perkins said that in his role overseeing the consumer and SMB team, he doesn't "see many escalations coming my way where a partner has been undercut".

"To me, the deal registration process works. There will always be a couple of instances where something in the process falls down but we always make sure we do the right thing by the partners."