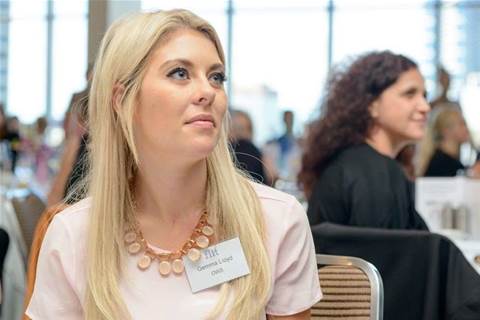 Two entrepreneurs from the Australian channel have established a website specifically designed to match up female job seekers with companies that have committed to providing women-friendly work environments.

Diverse City Careers was launched this week by Gemma Lloyd and Valeria Ignatieva.

Ignatieva runs a B2B tech marketing firm and previously worked at Perth Microsoft partner Ignia, which came No.22 on the 2014 CRN Fast50, and also at Microsoft powerhouse Readify.

Lloyd is a board member of IT Queensland and also business development manager at DWS.

Both are on the management committee of Females in Technology and Telecommunications (FITT).

[Related: Females in IT lunch sells out in Sydney]

"The main reason behind DCC's focus on gender diversity is because that is what we know best," said Ignatieva, also events lead at FITT.

"Employers who advertise with us are proud of their stance on diversity and welcome all candidates to apply, regardless of gender."

The jobs site has kicked off with a group of "flagship" employers: IBM, EMC, ThoughtWorks, Origin Energy, Laing O’Rourke, and MinterEllison. The founders stated that more companies will be announced soon.

[Related: Who attended the Females in IT lunch in Melbourne?]

"We are humbled by the overwhelming amount of support we have received," said Lloyd.

"Connecting people is the key to the success of this venture. We look forward to building a community and a cause, shattering the status quo."