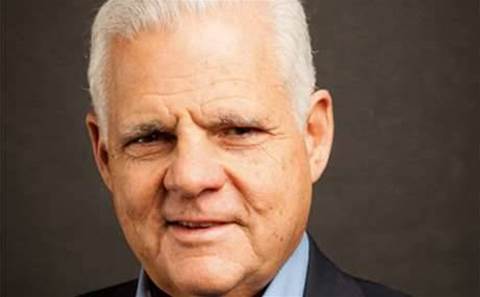 In a move EMC and CEO Joe Tucci is calling "a game changer," the company has decided to plunk down US$1.2 billion in cash for cloud software and infrastructure-as-a-service firm Virtustream.

The move is intended to strengthen EMC's presence in the hybrid cloud market. With Virtustream, EMC can move customers' entire application portfolios to the cloud.

Virtustream also gives EMC access to a network of data centres in the US and Europe and a roster of blue-chip enterprise customers like Coca-Cola, Domino Sugar, Heinz, Hess Corp, Kawasaki, Lexmark and Scotts Miracle-Gro.

The Virtustream portfolio will be sold directly, and through partners, EMC said. EMC Federation service provider partners will get access to Virtustream's xStream cloud management software platform and will be enabled to adopt and deliver their own branded services based around the xStream platform.

"A big part of our decision was how EMC approached the partner community," Virtustream founder and CEO Rodney Rogers said during an EMC conference call Tuesday US time. "Virtually all of our software revenue has been directed through solution provider channels. We want to preserve that focus."

Acquiring privately held cloud vendor Virtustream gives EMC another opportunity to evolve from its roots as a traditional data storage hardware company to a digital hybrid cloud and services firm.

During an EMC conference call Tuesday US time, Rogers said he was exploring taking Virtustream public for about a year when suitors began to gather for an outright acquisition.

"I had a number of conversations with a number of entities that had interest in us," Rogers said.

"We chose EMC," he said, for its "extraordinary vision for what it intends to accomplish in this space. We are a firm believer that you can run any application in the cloud. … Customers ultimately benefit by us finding the right home for this asset with people we genuinely like and want to work with."

“With Virtustream in place, EMC will be uniquely positioned as a single source for our customers’ entire hybrid cloud infrastructure and services needs," Tucci said in a statement. "We could not be more delighted that Virtustream will be joining the EMC Federation family. It’s a game changer.”

Founded in 2009 by Rogers and president and chief technology officer Kevin Reid, Virtustream delivers application life cycle automation and orchestration with a particular focus on I/O-intensive, mission-critical enterprise applications such as SAP S/4HANA.

Virtustream’s xStream platform is tightly integrated with VMware vSphere and architected to deliver service level agreements (SLAs) for not only infrastructure availability, but also application performance and transaction latency.

In a report issued Tuesday US time, Raymond James Equity Research analysts said there's a chance that Virtustream could overlap with VMware's vCloud Air "to some degree."

"An independent Virtustream EMC federation offering would likely be commercially competitive to vCloud Air in our view unless there is full product, brand, and go-to-market integration between the two federation services down the line," the Raymond James analysts wrote. "Virtustream, therefore, could add to confusion VMware customers already may face regarding storage offerings from VMware and EMC, in our view."

"We've commercialised this business quite well," Rogers said during an EMC conference call Tuesday US time. "We've always had to punch above our weight and our reach to have the success that we've had."

The deal has been approved by the boards of both EMC and Virtustream and is expected to close in the third quarter. EMC says the buy will have no material impact on 2015 financial results and will boost revenues and earnings next year.