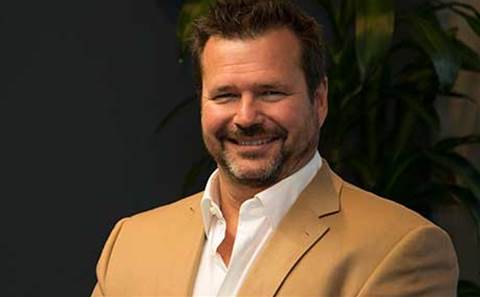 Establishing a Europe, Middle East and Africa office closes out the globe for the Sydney-born vendor, which also has offices in Denver, San Francisco and Manila. EMEA will be headed up by new recruit Jim Stockwell.

Stockwell brings more than a decade of experience in the asset renewal space, having spent nearly five years as director of global pre-sales and renewals management at Concentrix, the business process outsourcing company owned by Synnex USA.

Before that, Stockwell was director of global pre-sales for Aspire Technology, an asset renewal platform provider acquired by Synnex in 2010.

He joins at a boom time for iAsset, which is budgeted to achieve 100 percent growth this year to reach $8 million. Frew told CRN that with Stockwell on board and "literally the entire European continent" now open for business, revenues could exceed the target.

Frew called Europe "the final piece of the global model". He has already grown iAsset to encompass 20 languages and six currencies, managing $8 billion of assets for many of the world's top vendors and distributors, including a global tier-one software vendor, which CRN has agreed not to name.

Frew reckoned that Europe's channel represented low-hanging fruit, given that rival asset renewal providers had only targeted transactions between vendors and end users. "All of the transactions flying between the channel partners is where we shine and we are completely unique in that regard."

He claimed that iAsset stands alone because not only does it manage hardware and maintenance contracts and software licence renewals, it also can track cloud consumption.

Stockwell explained the changing nature of 'renewals' in a cloud world. "If you have got a user who would typically have an on-premise product that is generating $500 a year, you will get $500 a year whether they use it or not. If you go to the cloud consumption model and a customer is only using it 10 percent  of the time, you are only going to charge them 10 percent of what used to be $500.

"So the idea is to be able to track that and feed that information back to the channel partners to empower them to influence what the customer is doing and drive up the revenues," added Stockwell.

Scott Frew is executive chairman of Distribution Central, which he co-founded with managing director Nick Verykios through the acquisition of Firewall Systems in 2004, which has grown from $1.7 million in 2004 to $275.8 million in June 2014.

Grow your software revenue by selling these 5 affordable, essential tools for the modern workplace
By Steven Kiernan
Jul 2 2015
4:42PM