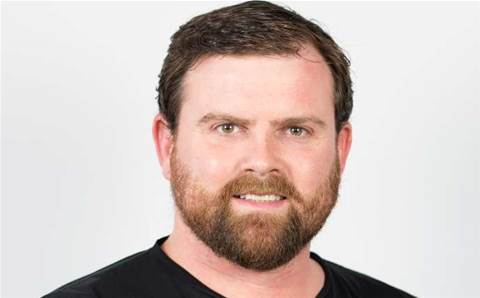 CSC has lured back Australian IT veteran Sam Johnston from London to fill the ANZ chief technology officer role.

Johnston, who was Equinix's cloud and IT services director in the United Kingdom, will report to both ANZ managing director Seelan Nayagam and global CTO Dan Hushon in his new position.

Johnston hinted at the move back home in a blog post this week: "Having spent the past decade on the provision of services at Citrix, Google, and Equinix, I’m hanging up my Equinix hat and getting to work on the consumption and application of information technology to solving business problems (among other things). Watch this space."

The appointment relieves Mark Nebrada from acting CTO duties, a position he held for over a year. The last permanent CTO, Bob Hayward, stepped down in June 2014 to become ANZ alliances director, then left CSC all together in November to join KPMG.

Johnston has an impressive international resume, having worked for Google, Equinix, Citrix and Telstra, as well as starting multiple companies of his own, both in Australia and Europe.

"This, coupled with his leadership experience with top international organisations, enables him to contribute significantly to CSC’s aspirations."

Johnston was Google's technical program manager in Switzerland for two years. He also co-founded Revevol – the "first Google Enterprise partner in Europe" – in Paris, and was global escalation engineer for Citrix in Ireland.

His job at Google involved "nearline and offline storage service, a global internet scale storage system", according to CSC. "He also worked with teams and vendors on servers, software, robotics, networks, and data centres, and was the cloud standards lead."

In Australia, Johnston was the founder of Australian Online Solutions, a Sydney consulting firm with clients such as Fairfax, News Corp, Yahoo and Sanofi. He advocated and set standards in the early years of the popularisation of cloud.

He started his career as a software engineer at Telstra after graduating from UNSW in the mid-1990s.

CSC, in its home country of the United States, is currently undergoing a split into separate government and enterprise IT companies. Locally, the company was embroiled in the Commonwealth Bank bribery scandal through its subsidiary ServiceMesh.

The company that began as Computer Sciences Corporation more than 50 years ago has 80,000 staff in 70 countries, with its Australian headquarters at Macquarie Park in Sydney.