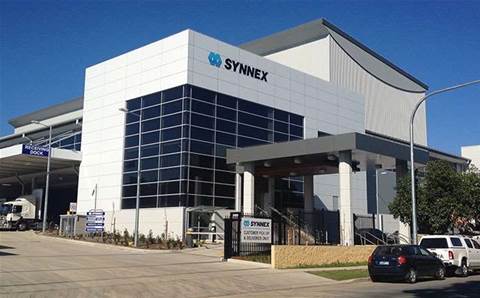 Synnex Australia is targeting $2 billion in revenue in 2015, an achievement that would dwarf almost every other distributor in Australia

While the distributor’s 2015 financial year doesn't close until 31 December, chief executive Kee Ong confirmed to CRN that the company is aiming to hit the $2 billion mark.

Over the past two years, Synnex Australia has seen consecutive $100-plus million revenue increases. Last year was particularly strong – according to its 2014 financial results, only just released to corporate regulator ASIC, Synnex grew revenues by $249 million to reach $1.8 billion. Profits also grew last year, more than quadrupling from $3.8 million to $14.5 million after tax.

If Synnex grows revenue that quickly again, it'll easily smash through the $2 billion mark by the end of this calendar year.

The last time Australia was home to a $2 billion distributor was 2010, when Ingram Micro posted almost exactly $2 billion for the full year. Synnex generated $1.2 billion revenue in 2010.

That was the year before Ingram's disastrous SAP deployment. Ingram's Australian revenue had fallen by $800 million to $1.2 billion by 2012.

The distributor had clambered back to $1.4 billion by December 2013, the most recent annual report lodged with ASIC. Ingram's turnaround under Australian managing director Matt Sanderson has come in for kudos from head office, with Ingram's global CEO, Alain Monié, praising the Australian operation for returning to profit.

By comparison, Avnet and Westcon both generated over $400 million in Australia, and Distribution Central has cracked $300 million, with input from its New Zealand and Singapore operations.

These six major Australian distributors generate at least $5 billion of channel business; depending on how Synnex, Ingram Micro and Dicker Data close out their year, the figure could be closer to $6 billion.

Synnex's Australian growth means it is now considering an extension to its $45 million-dollar Sydney logistics centre, 14 months after the facility was unveiled.

Chief executive Kee Ong told CRN that an extension is being considered now that the facility is at 80 percent capacity. He said there was room at the site in Lidcombe in Sydney’s west to add another 4,000sqm facility, using vacant land reserved for future growth.

The 10,000sqm Lidcombe facility was shown-off at a launch event in August 2014, and touted as a example of automation within Synnex's global network of 30-40 warehouses. The facility’s warehouse has the capacity for 9,000 stacked pallets. Synnex also has a logistics centre in Melbourne and warehouses in Brisbane and Perth.

While Synnex has been looking for potential acquisitions, Ong said, growth in 2014 was achieved organically: “Even organically we had good numbers. We are very pleased.”

He said the company still looks for potential acquisitions “from time to time”.

Key announcements since the 2014 financial year include the addition of HP’s enterprise range, the extension of Apple distribution to include MacBooks, and the distribution of Vodafone voice and data plans.