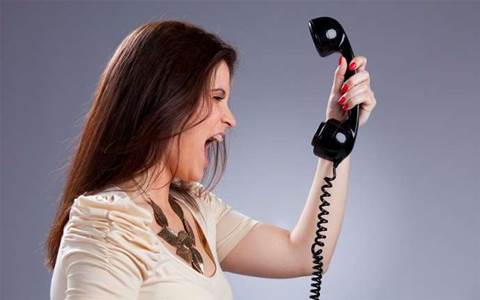 Sydney-based ISP and telecommunications provider SoleNet is once again under fire from the Australian Communications and Media Authority for repeated non-compliance.

The feud began in May when SoleNet was rapped by ACMA for churning customers from another company, Sure Telecom, to SoleNet without properly notifying them.

Sure Telecom was also operated by SoleNet director, James Harrison, before it was liquidated in March.

The latest investigation from ACMA alleges that SoleNet – while trading under the name Comms Service Ops – attempted to churn customers from competing ISPs by offering services without properly notifying customers they were not their current provider.

ACMA manager Alan Chalmers told CRN that complaints came from failure to disclose that SoleNet was not the customer’s current provider during telemarketing activities.

“Customers must understand that an offer is not from their current provider and give informed consent,” said Chalmers. “We found, as the report indicates, on various occasions that Comms Service Ops had failed to comply with this in 24 instances.”

SoleNet boss Harrison hit back at the regulator, claiming that all telemarketing was in accordance with the TCP.

He told CRN that a "vendetta" against him began during the first investigation by ACMA and TIO. “‘I am only being investigated due to my dispute with the TIO and not any wrongdoing.

"I was told to drop the disputes and the investigations wouldn’t come to this, I just need to pay what is invoiced and don’t argue.

“You will notice in parts of the investigation that it is clearly avoiding the fact that [SoleNet] followed each and every clause in the TCP code by [ACMA’s] choice to ignore the parts (even parts mentioned by [ACMA]) in which the company complied.”

Harrison said that telemarketing ceased in November in an effort to reduce complaints.

While no additional charges have been laid against SoleNet, Chalmers said ACMA is weighing up its options in how to proceed with the repeated non-compliance. This ranges from issuing an infringement notice to federal court action.

Eliminating departmental friction within MSPs
By Brendon Foye
Dec 17 2015
5:03AM