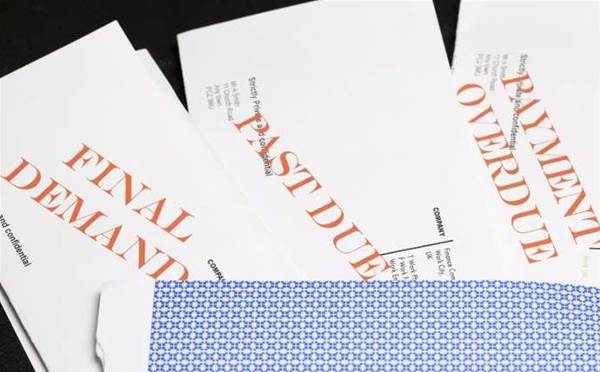 A Telstra customer who had been left disabled and unable to communicate after a series of strokes was forced to utter single words like "stroke", "no" and "speech" after debt recovery firm ACM Group allegedly phoned more than 40 times to demand payment.

The Australian Competition and Consumer Commission's filings with the Federal Court show that on 1 October 2007, the customer, identified only as 'CT', suffered three strokes in a period of just a few hours. Shortly after he was admitted to a care facility, where he is expected to remain for the rest of his life.

ACM, upon its attempts to recover the debt, was allegedly told more than once that the customer could not care for himself, could only communicate in one or two words, was on a government pension and could not afford to pay.

"ACM was repeatedly informed of these facts during 2011 to 2014 in telephone conversations between ACM representatives and members of CT’s family, and staff of the care facility in which CT lived," stated the ACCC.

ACM staff allegedly recorded these conversations, with the comments “Don't call number on file” and “Read notes – look at files” entered into the customer log on April 2012. However, a different ACM staff member resumed the debt recovery campaign less than a month later resulting in more than 40 phone calls to the care facility.

On the six occasions that an ACM representative spoke to the man directly, he tried in vain to convey that he was disabled.

There were also 20 letters allegedly sent to the customer between April 2011 and June 2015, including both 'seven-day demand' and '48-hour demand' notices that the ACCC said were baseless.

As CRN reported last Thursday, the consumer watchdog is seeking "pecuniary penalties, declarations, injunctions, orders for an ACL compliance program, publication orders and costs" against ACM in the Federal Court for violations of Australian Consumer Law and/or the Australian Securities and Investments Commission Act 2001.

The commission had labelled all of ACM's alleged conduct as "unconscionable".

While ACM Group did not return CRN's calls last week, it said through a later statement that the allegations were "not representative of our hundreds of employees nor of our over 165,000 customers" and did not reflect its recent reforms.

"ACM had implemented numerous processes to ensure compliance and improve customer interaction. Also in 2015, to assist in positive outcomes for our customers, ACM worked with a consumer advocate to rewrite all staff training material and customer correspondence," the company wrote on its website.

Sydney-based ACM, which buys debts from major Australian banks as well as telcos, generates revenue by attempting to recover as much of the original balance as possible from the customer.

A Telstra spokesperson told CRN last week that once a customer debt is sold to a recovery firm, the "collection activity is being conducted on behalf of the new owner, not on Telstra’s behalf", adding that the telco sells debt to a third party only as "a last resort".