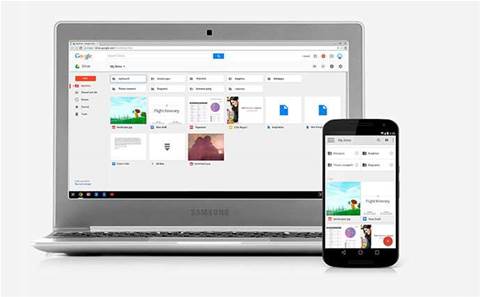 A bellwether moment in PC hardware sales occurred in May this year. Chromebooks outsold Macs in the US education market for the first time, according to IDC.

“IDC estimates Apple's US Mac shipments to be around 1.76 million in the latest quarter, meaning Dell, HP, and Lenovo sold nearly two million Chromebooks in Q1 combined,” the Verge reported.

That was before Google announced that apps on the Android mobile platform – all 2.2 million – would be coming to Chromebooks too. Any app on your Android phone will sync to your Chromebook (or ChromeBox, the desktop unit).

The photo file, Word doc and gaming data ran locally and natively on the Chromebook, the Verge claimed.

The prices for Chromebooks are insane. Samsung’s cheapest model, an 11-inch weighing 1.1kg and a battery life of 11 hours, costs US$189.

Google Australia has spent the past year laying the foundations for an assault on the SME hardware market. Partners say it has finally created with the hardware what it never achieved with its Google Apps software – a well-supported channel.

Google has been educating staff at its exclusive distributor Synnex on how to use and sell the Chromebook and ChromeBox. It has pulled aside top partners to discuss strategies for selling Chrome into the PC refresh cycle in small business and enterprise under the banner Chrome for Work. And, momentously, Google has decided to sell Chromebooks and Boxes exclusively through the channel.

“We were very scared for a long time that customers would go buy this gear from JB Hi-Fi and there would be no market. Google restricting this to partners only has opened up a massive market,” says Peter Moriarty, CEO of IT Genius, a Google Apps partner.

And if the stats from IDC are to be believed, SMEs will have plenty of reasons to switch to what is, in effect, a thin client environment for SaaS.

“They just require next to no management. I would say that 60 percent to 70 percent of our customers don’t require the kind of hands on IT support that they required before they moved onto Google,” Moriarty says.

Resellers selling PC management services could suddenly be in a very vulnerable position. Think about the impact of permanently removing anti-virus and backup from PC management. Chromebook users are literally encouraged to just hit the restart button to fix issues – and generally it does.

“There is so much self-management going on, the idea to pay someone a per-month fee to manage your stuff is fast disappearing for business owners,” Moriarty says. “There are a lot of people who are going to get a big wakeup call.”

Cloud apps reseller The Rype Group now focuses on the Xero ecosystem and has split out the Google division into a new entity called Chromeworx. Chromeworx co-founder Tony Chadwick says the signs in the US market are portentous.

Education sales in the US have a greater value than straight dollars; the next generation of school children will grow up with Chrome devices and will take that knowledge (and preference) to their first jobs, Chadwick says.

“The innovation mantra after Steve (Jobs) died has been taken up by Google. Apple’s model of cloud in the enterprise or business is just not workable,” Chadwick says. “Microsoft are coming at (cloud) at a million miles an hour but Google is still way ahead.”

Is Apple, with its focus on tech as luxury, really vulnerable to a tsunami of low-cost Chrome devices?

“I’ve been an Apple person for 30 years and I don’t want or need any Apple products. That sort of says it all to me,” says Chadwick.