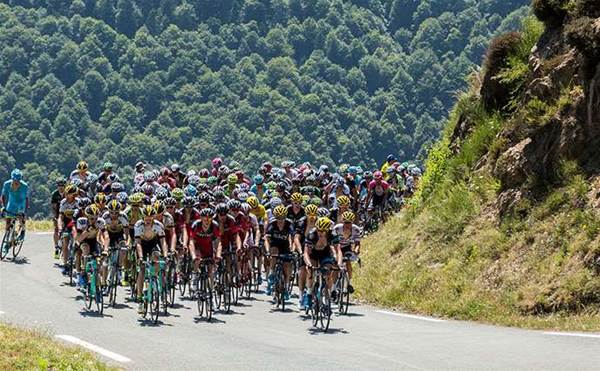 Dimension Data has given cycling fans an inside look at the tech behind the Tour de France's media coverage.

The global solutions provider partnered with the Amaury Sport Organisation (ASO) in 2015 to roll out an advanced data analytics solution to cover the three-week race through France and Spain.

To provide coverage of the race, Dimension Data Australia's own senior director of technology for sports, Peter Gray, led the 22-person operations team in France.

Gray manned the big truck during the three weeks of the race. He told CRN that the tracking technology developed for the tour could be utilised in other industries, and Dimension Data would continue to support it.

"We really see the solution we delivered as an example of a real-time [internet of things] solution in action. We’ve actively taken the work we've done with the tour and we're working on how it can be utilised in other industries. It has a great deal of applicability, so we'll continue to look into further," said Gray.

Over the course of the race, Dimension Data processed 127.8 million data records in its cloud from 198 riders, generating 42,000 geospatial points and 75 million GPS readings.

Using the same data, fans could track riders live, including where they were positioned, the weather in their location and which group they were in. This allowed fans to track riders who may not be featured on the television wherever they are in the race.

Dimension Data has also developed tracking solutions for Cadel Evans Great Ocean Road Race in Victoria, the Tour of California and races in London and Berlin.