Apple's iOS 10 is coming. What are the best new features? During Apple's product event Wednesday, the limelight was on the iPhone 7 and its advancements in wireless connectivity and processing power, among other things.

But isn't this the age of software, not hardware? Of course it is – and so it's worth diving a bit into what will make the new iPhone stand out on the software side.

The next version of Apple's mobile operating system, iOS 10, will launching 13 September, just a few days before the iPhone 7 and iPhone 7 Plus become available. Along with the new iPhones, iOS 10 will also be able to run on eight earlier versions of iPhone (all the way down to iPhone 5) and on eight versions of iPad.

To give a sense of what Apple's new mobile OS has in store, the CRN Test Centre has selected 10 of the coolest new features you can look forward to in iOS 10. 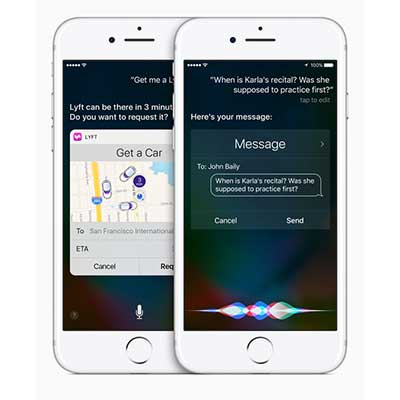 Apple is hoping iOS 10 will mark Siri's transition from a novelty to a seriously useful tool. To enable that transformation, Apple in June opened up Siri to developers so the voice-controlled assistant can connect to third-party apps.

Among the apps that are entering the Siri universe at iOS 10 launch are LinkedIn (for pulling up someone's profile), Slack (transcribing and sending a message), Square Cash (sending money) and Lyft (hailing a ride).

One new option with iOS 10 will be more about taking away than adding – as in, taking away pre-installed apps made by Apple. To date, Apple hasn't offered the ability to remove default (but unwanted) apps on iPhone and iPad, but that will change with iOS 10.

We plan to start with axing Watch, Weather and Maps.

In tandem with macOS Sierra, which debuts for desktops and laptops 20 September, iPhone users running iOS 10 will be able to copy text or an image from one device and then paste it on the other.

That could amount to a big time savings for users, especially those who often need to transfer a photo or two from their iPhone to their Mac. Since the transfer of content will happen over iCloud, users will need be signed into their Apple ID on both devices. 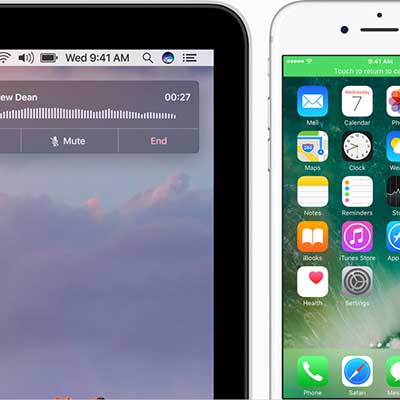 One area of focus for iOS 10 on iPhone is a recognition that, yes, this is still actually a phone. Apple says that iOS 10 will add a number of new features in the Phone app, including the ability to view transcriptions of voicemails automatically in the app.

There'll also be a new type of caller ID to alert users about spam calls, according to Apple. In addition, third-party VoIP calling will be integrated with the Phone app in iOS 10 – meaning, for instance, that Cisco users will be able to route calls from their work number to their iPhone.

Once you're done snapping photos with the fancy new camera on the iPhone 7 and iPhone 7 Plus, iOS 10 will offer a new feature in the Photos app dubbed Memories. Apple says that, in the new Memories tab, the new version of the Photos app will automatically present favorite pictures from your past in different collections.

Apple says it's using facial and object recognition technology to put people, places and things together in appropriate groups in Memories. Meanwhile, the app will also automatically create an edited "Memory Movie" (complete with theme music and titles) for users.

Speaking of the Photos app, another new feature – leveraging the same artificial intelligence technology that's used for Memories – will come to Photos in iOS 10. The new app will let users search for photos by inputting text – for instance, doing a search for photos taken at the beach by typing in "beach."

For users of iPhone that are running iOS 10, getting a quick glance at important information will be a bit faster.

That's thanks to the new "Raise to Wake" feature that Apple is including in iOS 10, which automatically wakes up the screen when a user picks up their iPhone and then lets users view their notifications from the Lock screen.

Another time-saver in iOS 10: For Apple's Quick Type keyboard, "smarter" suggestions for replying to messages will now be presented, Apple says. The company said its artificial intelligence technology in iOS 10 will look through a user's existing contacts and other data to more accurately offer suggested responses for emails and texts.

Apple says that iOS 10 will make 3D Touch, which was originally available as part of iOS 9, a more useful tool. For instance, users will be able to press on the right side of their lock screen to unlock their camera, or press the left side to open up widgets. 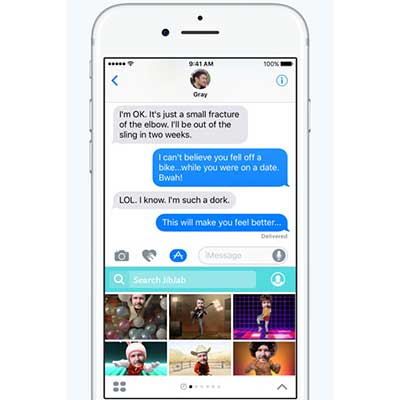 With texting as the favorite method of communication for many smartphone users, Apple has put a lot of its attention in iOS 10 onto the Messages app (which Apple says is the most-used app on iOS).

Some of the changes include automatic suggestions for replacing words with emojis; rich links that let users see content and play media within message threads; animations that can take over the messaging window (such as fireworks or confetti); and "invisible ink" that lets users send a message that's only revealed when the recipient swipes over it.

Grabbing the hybrid cloud opportunity with Lenovo and Azure Services
By Kyle Alspach
Sep 11 2016
9:28AM