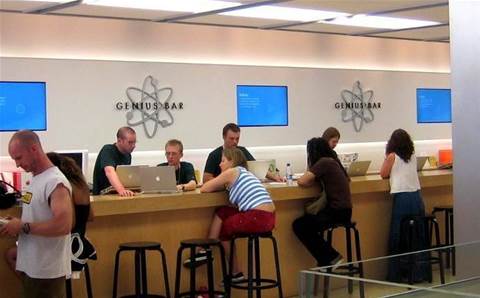 Apple has quietly expanded its support services to include Australian partners when customers use the "bring in for repair" function on its website.

Previously this only directed customers to Apple Stores, and has now several authorised service providers listed for repairs including iPhones, Macs and iPads.

According to a MacRumors article, the changes took place around or before 6 December in the the US. The article also stated that previously, a customer would have to schedule a Genius Bar appointment at an Apple Store.

Customers that want to schedule servicing can now get a list of the closest Apple Stores as well as resellers, including the best dates and times for scheduling repairs. 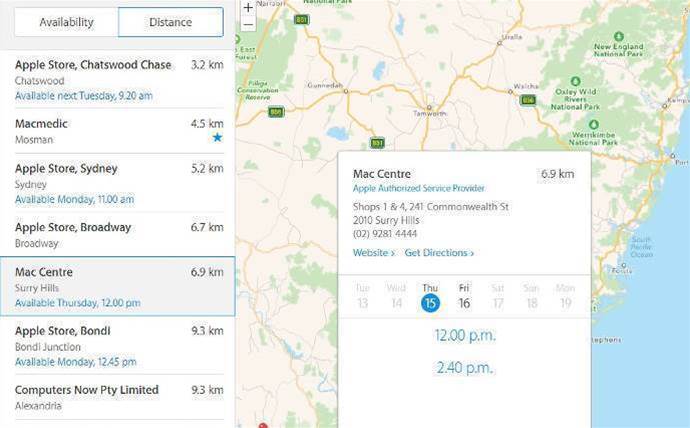 A quick check at the time of writing showed that stores in Sydney centre and Bondi Junction for example only had available times from 19 December onwards. However stores such Mac Centre in Surry Hills had availability for 15 December.

Rhett Stockdale, owner of major Apple resellers Leading Edge Computers Dubbo, Orange and Bathurst, explained how the scheduling works. "We have locked out appointment times available for Apple to use. Apple makes the bookings on their end and send us a calendar appointment."

Stockdale said that Apple had always sent customers to the nearest authorised providers for support – the difference now is that now there are specific time slots available to Apple users.