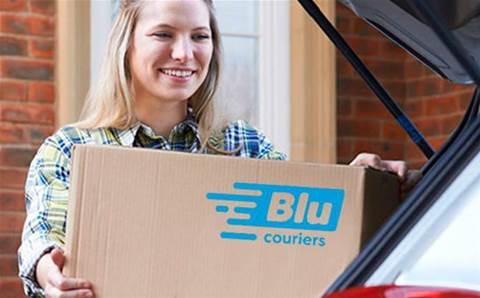 Blackbay and Nirmal Web Studio, in conjunction with Fastway’s IT team, provided the tech muscle behind the new program.

Blackbay supplied a mobile scanning solution called Delivery Connect, which has been integrated with the Fastway website, which is used in the field by Blu Couriers drivers.

Meanwhile, Nirmal developed the Blu Couriers bulletin board, which has been integrated into Fastway’s propriety software.

Blu Couriers allows Fastway franchisees to recruit extra drivers during peak periods. The program is currently being rolled out in Sydney and Brisbane.

Fastway chief executive Richard Thame said: "Following the success of our pilot program we anticipate in the next 12 months over 1000 Australians will take advantage of the flexible working style of Blu Couriers, with the jobs targeted to people wanting to work when it suits them like university students, parents between school runs and people looking for extra income.

“With three in four internet users in Australia now shopping online, delivery demand is going to continue to climb,” he said.

“Blu Couriers will be integrated with the current Fastway platform and we are focused on ensuring a streamlined process for Blu Couriers.”