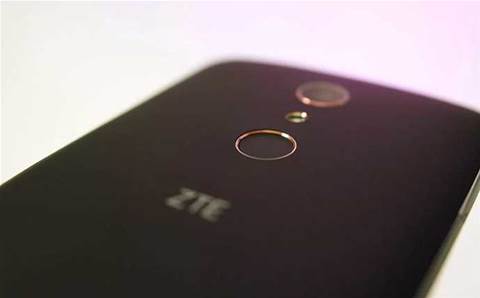 Chinese telecom equipment maker ZTE, which is facing US trade sanctions that could severely disrupt its supply chain, is slashing about 3000 jobs, including a fifth of positions in its struggling handset business in China, company sources said.

The sources said the Shenzhen-based company, one of the world's biggest telecoms gear makers, is axing about five percent of its 60,000 global workforce.

Its global handset operations will shed 600 jobs, or 10 percent of the total, with the cuts concentrated in China, where it has been losing market share.

"Cuts in the handset business in China will be beyond 20 percent," said a senior executive who has been briefed on the layoffs, which are scheduled to be completed within the first quarter.

A local manager in one of the company's overseas branches said a 10 percent quota was given to shed staff in his department by the end of January.

"I was also given names that must go because they had tried to apply for jobs at (rival) Huawei and are therefore branded as 'unstable factors'," said the manager, who is not in the handset unit and asked not to be identified.

ZTE is the only Chinese smartphone vendor with a meaningful presence in the United States, where its 10 percent market share makes it the fourth-largest vendor.

The US Commerce Department first announced in March that it would impose a ban on exports by US companies to ZTE for allegedly breaking Washington's sanctions on sales to Iran.

The ban has not yet come into effect following a series of reprieves, the last of which expires on 27 February, but if it does go ahead, the company's supply chain could be severely handicapped. It relies on US companies including Qualcomm, Microsoft and Intel for about a third of its components.

The uncertainty hanging over the company weighed heavily on its business last year, with its worldwide smartphone shipments tumbling 36.5 percent compared with 2015, according to industry database IDC.

ZTE chairman Zhao Xianming said in his New Year speech to staff that the company, which has annual sales of more than US$15 billion (A$20 billion), had "encountered its biggest crisis in its 31-year history", according to a transcript on the company’s official WeChat account.

He vowed to enhance internal auditing and said the company was streamlining its management structure.

“In 2017 ... businesses that don't fit our strategic direction or with low output performance will be shut, suspended, merged or reconfigured, improving the company’s core competitiveness,” Zhao said.

Revenues for infrastructure vendors like ZTE are also being squeezed as Chinese telecom operators' 4G networks near completion and revenues from 5G development remain some years off.

Reporting by Sijia Jiang. Editing by Will Waterman.