The likes of Deloitte, IBM and Accenture want to break up the big bang model. Can they do it? 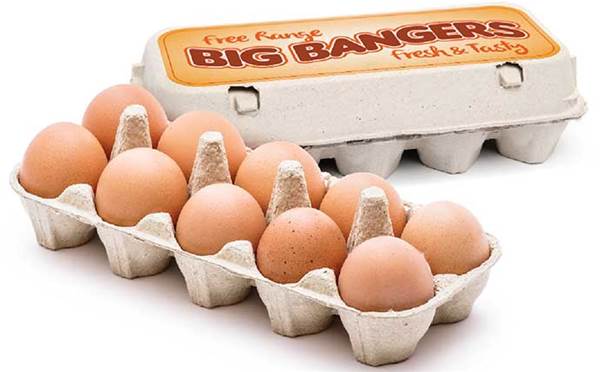 For major IT projects, what’s better: waiting for everything you want to be ready all at once, or getting a small part of what you want sooner? Do you customise software to suit your business, or reconfigure your business to suit the software? And when things go wrong, is it better to have one throat to choke, or many?

The recent high-profile failures of large systems integration projects has again raised the question of how best to manage technology-driven change programs. But these disasters have also shone light on the ongoing trend towards smaller projects that deliver benefits faster.

Whereas choosing a Big Bang delivery with a single integration partner might once have been considered low-risk, the opposite is now true for many buyers. That is creating new opportunities for smaller partners promoting a more agile approach to project delivery. It’s a transition that has been noted by many industry watchers, including CIO Advisory director Garry Whatley, who says that selective sourcing is becoming more prevalent than massive outsourcing contracts.

“Most CIOs don’t want to put all of their eggs in one basket from a risk perspective, but they also want to minimise the number of suppliers they deal with and leverage some scale,” says Whatley. “It is a trade-off, and depends on the situation.”

Minter Ellison partner and IT specialist Paul Kallenbach has been encouraging clients to break projects up into parcels, using statement-of-work mechanisms and gateways with go/no-go break-points, as well as termination-for-convenience rights with little or no exit costs.

“There has been a realisation that larger multi-year projects automatically have an increased risk,” says Kallenbach. “The mechanisms to address that have been some of the agile methodologies that we have seen in the last five years or so. But there is no one size fits all for any of this, and what works for one particular organisation or project may not work for another.”

Is the Big Bang a myth?

Deloitte Digital lead partner Frank Farrall says he rarely sees a transformation program where one vendor is given the vast majority of work, with clients opting for best-of-breed providers.

“And they are kind of playing us off each other a bit,” he says. “And that has been effective. The overall daily rates over the past 15 years of these big programs has gone down and down and down. So they are getting good rates that way, but they are not exposed to any one particular organisation having to staff the whole thing themselves.”

At the same time, Farrall says no client is willing to wait multiple years now for the outcome of a Big Bang transformation program.

The shifting requirements of clients are opening up opportunities for new consulting firms that operate on a smaller scale, based on agile methodologies.

One example is Brennan IT founder Dave Stevens’ new firm, State of Matter, which has expanded to 40 people in just six months.

“[Big consultancies] are in a difficult situation because they have to contend with a client base that really wants to be agile in their approach to projects and change within their business,” says Stevens.

“But the clients by nature aren’t agile, and these big consultancies aren’t agile either. They are looking for leads on how to emulate the disruptors in the market, and they are not getting what they want.

“We firmly believe the business models of these big consultancies are fundamentally broken, in that their job is to win a scope of work and then at the very early stage disrupt that scope so badly that they need to either seed in a whole bunch of people to rescope, or go on a time and materials basis.

The big consultancies are not taking the challenge lying down, however. Farrall says Deloitte has undertaken 30 acquisitions in this decade to bring new skills into its mix, particularly relating to agile methodologies.

“We have a banking client that is doing a new release of their front end every two weeks,” says Farrall.

“No one will wait multiple years now for the outcome of a transformation program. No one has patience any more for a Big Bang, to sit there and wait. They want to see results.”

Accenture has also been tracking this shift in client requirements. The global systems integrator has responded by making multiple acquisitions and significantly changing how its 2500 technology professionals in ANZ are trained.

“We have had to really rethink the way we deliver technology and the methodologies that we use and the way that we use them, and have had to retrain and redevelop our workforce to align with that,” says the managing director for Accenture Technology Group ANZ, Jane Livesey.

“All our technology staff are now trained on design-led thinking and on agile delivery methods, regardless of whether they are delivering a digital solution for a client.”

Keeping up with that change has seen Accenture implement just-in-time training modules of five to 10 minutes in length, with deeper classroom-based training for experts. “The pace of change is so fast that we need to continually get into the mode of learning,” says Livesey.

If any organisation has copped the greatest bucketing over recent integration failures, it has been IBM. The company has worn much of the blame for the $1.25 billion Queensland Health payroll project failure, and has also been caught up in ongoing issues regarding the delivery of an SAP-based CRM upgrade at Medibank.

It is against this background that the new managing partner for IBM Global Business Services, Dee McGrath, finds herself working to turn around perceptions.

While declining to be drawn on the fallout from any specific projects, she says the nature of skills within IBM have shifted as the organisation adapts to undertaking a higher volume of smaller projects.

“We have around 100,000 consulting people in our services business, and we have shifted our skills mix to start at the pointy end of the engagement — at the design and strategy piece,” says McGrath. “We have implemented a design thinking methodology, we have developed our Garages, we have put in our IX Studios. And so our skills mix has shifted fundamentally.”

Part of that transformation has been to match the shift by clients away from a quarterly or half-yearly release cycle in favour of more agile and iterative approaches to change.

“We are in lockstep with them and we need to run in a far more agile manner so they can get things into market quicker or test and trial or iterate,” says McGrath.

“There are still a number of industries that need to go through some fairly fundamental digital transformation or automation, so there is still a large number of sizeable engagements that we undertake.

“But we are definitely seeing a shift to the smaller engagements more often, and being far more embedded in our clients’ business.”

One of the principle tools for transformation at IBM and its peers has been to acquire in the new skills it needs. For IBM, this includes the acquisition of Bluewolf, a 16-year-old consulting firm dedicated to implementing Salesforce.com.

Its senior director for strategic accounts for Australia, Lee Tsiamis, says his company has an extensive heritage in the delivery of smaller, faster-paced projects. But he says the pressure to deliver in this environment is also accelerating.

“Every year it is moving away from the need for heavy development into more point-and-click and UX-driven development,” says Tsiamis.

“That has really encouraged quicker deployment times and allowed that user feedback to drive what the next functionality is, not technology defining what that next piece of functionality is.”

But if the market has moved, have the large systems integrators truly been able to follow it?

Not according to the founder and chief executive of the Australian software maker TechnologyOne, Adrian Di Marco, who in September last year blasted comments by Accenture’s Australian CEO, Bob Easton ,that his organisation was the only large firm that understood digital.

“And I thought that’s a bit like the pot calling the kettle black,” says Di Marco. “That whole sector is missing the point, and that is all about a total integrated approach that all works.”

Di Marco says the traditional model of systems integration and custom software development is simply too lucrative for the large firms to let go.

“The systems integrators have made all their money bringing disparate systems together, integrating them and customising them to meet the requirement that should have been met out of the box,” says Di Marco.

“And then when they have done all that, charge the ongoing maintenance to continue to modify and enhance the product that they customised because now they (the client) can no longer take the standard release.

“It is just such a broken model. And anyone how thinks that that is the way it is going to be in 10 or 15 years has got their head under a rock.”

Di Marco is also critical of systems integrators for taking a role in the tendering process itself, as it perpetuates the model.

“You have the systems integrator that charges a fortune and creates more opportunities for themselves down the road,” he says. “That is the bottom line and that is what they do.”

Australia’s major professional services consultancies have gone on a technology acquisition spree since 2014, snapping up more than 20 companies.

Deloitte and KPMG have each made 10 acquisitions, while EY (formerly known as Ernst and Young) has made two and PWC has made one.

Deloitte’s technology and marketing-related transactions, alliances and lateral hires started started in June 2015, when it took over Oracle integrator Dataweave. In August 2015, it acquired customer experience consultancy MashUp. The following month, it sealed a deal with Oracle partner Qubit Consulting. In November of that year, it bought systems integrator Cloud Solutions Group.

KPMG has also been busy, with its acquisitions including integrator First Point Global in March 2015 and Microsoft partner Hands-On Systems in September 2015.

Deloitte will draw on cloud skills from five Australian IT businesses acquired over the past two years as part of its launch of an Amazon Web Services strategy unit, which will have 2500 practioners globally.

The business unit aims to “de-risk” migration of enterprise applications to the Amazon public cloud, in particular the SAP HANA family, which includes S/4 HANA and BW/4 HANA. Deloitte has built more than 20 pre-configured analytics solutions powered by SAP HANA and AWS. The performance requirements of SAP HANA in-memory computing will be supported courtesy of AWS memory-optimised X1 instances and will leverage the public cloud leader’s “global scale and advanced capabilities and services”.

Deloitte hopes the new AWS practice will sway enterprise customers to trade their on-premises hardware for “a scalable and cost-effective AWS environment, removing the need to own and manage the underlying technology infrastructure”.

The partnership marks the latest in a string of moves by big consultancies to respond to changing customer demands, away from multi-year software projects and toward more nimble adoption of cloud solutions.