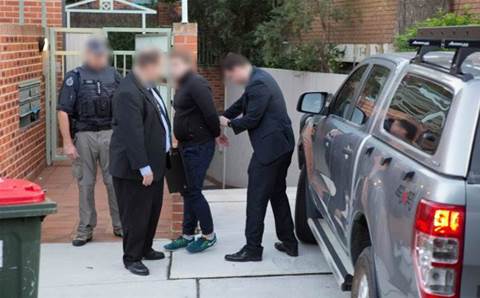 Outsourced payroll firm Plutus Payroll has been named at the centre of a $165 million tax fraud conspiracy in one of the biggest white-collar crimes in Australian history.

The AFP explained that Plutus Payroll, run by members of the syndicate, transferred money from legitimate clients to seven sub-contracted companies, dubbed 'tier 2 companies'. These tier 2 companies were essentially fronts run by "straw directors" to give the appearance they were running the tier 2 companies, while syndicate members actually controlled them.

These tier 2 companies are contractually obligated to remit pay-as-you-go withholding tax payments to the ATO on behalf of Plutus' clients. The investigation uncovered that these tax obligations were only partially paid, while the rest was siphoned off and channelled through a complex system of companies and trusts.

The AFP has charged six people with conspiracy to defraud the Commonwealth for the roles in the syndicate, two people for money laundering offences and one person in relation to alleged extortion.

In addition, this morning, ATO deputy commissioner Michael Cranston was charged for abusing his position as a public official. His son, Adam Cranston, was arrested last night for his alleged involvement with the syndicate.

The AFP allege that Michael Cranston accessed ATO information on his son's behalf for use in the scheme, though he is not believed to be part of the syndicate. Michael Cranston will appear in court on 13 June.

Plutus has come under the spotlight over the past month when IT contractors complained they had not been paid by the firm. Plutus accused the ATO of freezing contractors' wages due to an ongoing commercial dispute, but said it was close to settling the dispute.

Though some contractors said they had been paid, others claimed they had actually received twice what they were owed.

Paul Johnston, an IT contractor working for a government department, told ABC's 730 program on Thursday that he was one of the many contractors caught up when Plutus wage payments were frozen, and is owed more than $4000.

"We follow the rules – that is why we go through payroll management companies. We think they are remitted our tax, remitting our super, meeting our insurance obligations. We pay to do that," Johnston said.