How to make money in mobile 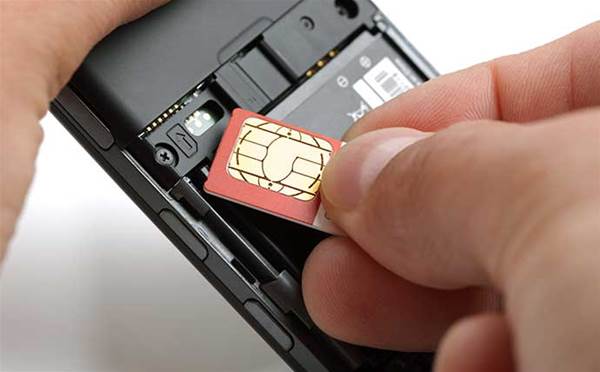 A cursory look at Australia’s mobile market reveals that it’s pretty crowded. Competition for the customer wallet is cut-throat. Is there any margin in it? And what can comms resellers do to keep some skin in the game?

As an NBN substitute

The idea that cellular technology might one day compete with the NBN is often dismissed because mobile data quotas are still comparatively paltry.

Carriers and mobile virtual network operators (MVNOs) generally see the NBN as a way to increase their share of the household wallet; Vodafone and Amaysim will enter the NBN reseller market this year.

“With over eight million homes being forced onto the NBN by 2020, we’re hoping to build on the successes of our mobile business and inject a dose of simplicity to the NBN market,” says Amaysim’s commercial director,  Maik Retzlaff.

But others see an opportunity to sell mobile connections as a direct substitute to the NBN. Mobile peak speeds continue to climb, as do data quotas; Amaysim brand Vaya now offers 70GB for $65 on the Optus network. Telcos may look to their accredited partners to increase market share – and average revenue per user – in an NBN world, if the opportunity presents itself.

“One thing I think is really important to systems integrators is that 4G and 5G equipment will start to compete with the NBN,” says David Malcolm, executive director at Melbourne-based consultancy Network Professional Services (NPS).

Customers that stick with primary fixed line connections can use 4G as a backup. NPS is a master reseller of 4G failover routers made by Brisbane’s Accelerated Concepts.

Malcolm says the routers are popular with the likes of medical practices that rely on cloud-based systems to store patient records.

“If a doctor can’t access your records, they’ve got to stop working, which costs them money,” he says. “If they’re not in a position where they can rely on a copper- or fibre-based service 100 percent of the time, or if there is a cable failure out in the street, 4G failover will keep them running.”

Malcolm says there is margin in selling and configuring the routers, because “somebody with a degree of network expertise” is needed to write the rules for when to failover to 4G and back. Systems integrators can make further margin by offering to manage the routers remotely using Accelerated View software, which offers diagnostics and monitoring over when 4G gets used and how much data is transferred.

The software has a yearly subscription fee and allows the integrator to charge an additional fee, “either based on time and materials, or on a contract basis to their customers to make sure they’re always connected,” according to Malcolm.

Malcolm suggests there is a “huge market” for customers who want to route high-performance workloads over a 4G connection. He says clients may run all their regular browsing and email activity over DSL “but have an application they want to access very speedily, like Xero”.

Systems integrators could set up and configure the network to route certain application traffic “directly to the 4G” while keeping non-speed-sensitive traffic running across the ground-based services.

The internet of everything

IoT adds 4G connectivity to a wide range of equipment. Analysts predict that tens of billions of connected devices will be active by 2020; the market opportunity is huge.

Domestically, 4G is often used in place of a copper-based service to connect ATM fleets in places like markets or pubs, or to connect vending machines.

NPS’ Malcolm says that more inventive uses are emerging internationally, including in laundromats. “The owners can tell exactly what’s going on with them, from when they need their coin boxes emptied through to the [replenishment of] supplies,” he says.

As carriers and service providers embrace new low-power network technology, such as NarrowBand IoT (NB-IoT), even more opportunities are likely to emerge.

“There is increasing demand for low-cost, low-power and low-data-rate devices and applications that can be mass deployed to help improve business processes,” says Telsyte senior analyst Alvin Lee.

“NB-IoT is designed based on these requirements, and will likely see huge demand when it is enabled on the mobile networks in the future.

“Industries such as agriculture, logistics, retail, manufacturing and utilities are where NB-IoT can really add value. This includes applications such as asset tracking, device monitoring, data collection and sensors.”

“At the end of the day, I think the people that make money out of SIMs are probably telcos,” he says. In addition to the lack of margin, there’s also the legal impact of signing for someone else’s SIMs.

“We tend to have our customers go directly with the carrier, because the laws of the land say you must surrender your driver’s licence number or passport number to the telco,” says Malcolm. “I think most resellers would not be comfortable with that, knowing that those SIMs could go absolutely anywhere.”

But the SI still has a place in the SIM sale, and it pays to know what option might be best for a 4G add-on application, whether that’s failover or IoT.

The retail sector has been under sustained pressure to reinvent itself and get customers excited about bricks and mortar once again.

These stores often need temporary access to corporate systems and connectivity for the point-of-sale. Malcolm says NPS has worked with fashion houses to enable their pop-up stores to function with 4G.

Many internet providers operate a two-tier model; Telstra has Belong, TPG has iiNet and Amaysim has Vaya.
For those in the primary business of selling connectivity, having ‘budget’ and ‘premium’ offers is an accepted way to increase market share and margin.

“By combining Vaya’s price-fighting offering with Amaysim’s customer champion position in the $25-50 market, we’ve been able to make ourselves a true challenger to other players in the market,” says Amaysim’s Retzlaff. “We must be doing something right: in 2016, we had a monthly churn rate of just 2.5 percent.”

The 4G resale business is tough. Retzlaff acknowledges that the market “has grown increasingly noisy, with a mix of established players and fringe dwellers fighting for consumer attention with competitive promotions, eye-catching headline prices and perks.”

While there’s margin in differentiation – at least in the mid‑market – for those battling for the budget spectrum of users, making a profit is turning into much of an agile pursuit.

“In 2016, Vaya adjusted its pricing seven times [...] in its quest to deliver a true value-driven alternative to wallet-conscious mobile users,” says Retzlaff.

We all know that continued success in any business always comes back to keeping customers happy.

Amaysim is a case in point, snaring 29 percent of the Australian MVNO market since its launch in 2010 (and “close to three percent of the overall mobile services market”).

In 2016, Vaya re-priced its cheapest unlimited plan to as
low as $14.50 per month, setting a new benchmark for the budget market.

“It goes to show that the commercial side, as well as the consumer, benefits from
customer-centricity,” says Retzlaff.

The first commercial 5G networks are expected to come online in 2020 (or 2019, if you believe some more optimistic predictions).

5G presents some interesting prospects for partners. In particular, concepts like network slicing will enable carriers to create logical “slices” of their physical networks that can be used to address the needs of specific applications.

Malcolm believes that slicing will filter down to the channel, enabling it to package services around tailored connectivity products.

“There’s no doubt [the benefits of 5G] will filter down,” he says. “But it’ll be down to price points [to reflect] how commonly available it becomes.”

Amaysim’s Retzlaff is hopeful of a major kick in handset sales around the launch of 5G, a boon for MVNOs as well as handset retailers.

“We predict that the arrival of 5G networks across Australia will prompt the next cycle of handset upgrades,” he says, noting “flat” sales despite “soaring” mobile usage.

“It’ll be a major change in the category, like the arrival of 5G, that
will force the hands of [Australian consumers] to shop around and upgrade to a new phone.”

Mitigate tech risk in your business
By Ry Crozier