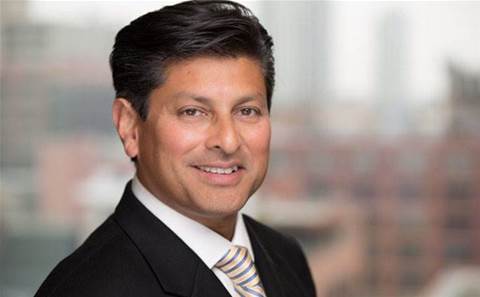 Hewlett Packard Enterprise is flattening its channel organisation as part of its Next initiative, eliminating layers of management by combining its channels and alliances groups under a single organisation headed by global channel chief Denzil Samuels.

Under the restructuring, HPE has combined all indirect organisations under a single channel and alliances organisation headed by Samuels, who reports to HPE enterprise chief sales officer Phil Davis. The combined group includes:

"The future belongs to the fast," said Samuels in an exclusive interview with CRN USA. "We had too many layers. We couldn't make decisions fast enough.

"We have now become lean, mean, agile and fast, and that is going to help us really compete hard. The people most scared about this are going to be our competitors. They know we are going to be fast now, and they weren't worried about that before."

In an internal memo, Samuels outlined how his new team would continue to drive the partner business forward, which accounts for more than 70 percent of HPE's annual sales.

Among Samuels' direct reports charged with "driving maximum value and efficiency" in the channel is George Hope, the former top global sales executive for Simplivity, which was acquired by HPE earlier this year, as the top executive overseeing HPE's top partner accounts and channel enablement.

"I am thrilled about the role George is going to play," said Samuels, a former GE Digital and Salesforce.com top channel executive, who joined HPE nine months ago as the head of HPE's global channel business.

"He is going to help us manage very effectively all our to accounts. We now have one point of escalation for everyone one of our top 15 accounts around the world. That is powerful."

Samuels said the restructuring takes HPE one step closer to having a single partner program that encompasses the broad range of partners including ISV and system integrator alliances as well as OEM and internet of things partners. "What we are doing by making this change is we are truly driving the start of that shift from volume to value," said Samuels.

In order to "maintain strong focus" on distributors, Samuels has "elevated" the global account managers that work with distributors including:

"My message to partners is we are going to be able to make decisions with you a lot quicker, whether that decision is a turnaround time for a price quote, strategic outreach to areas or white space we need to go after or escalation of issues," said Samuels.

"We have removed layers. Between our top accounts and myself there is ultimately one layer. We are not going to have six or seven layers as we have had in previous structures."

Ken Lamneck, CEO of Insight Enterprises, the US$5.5 billion solution provider behemoth that has been driving double-digit HPE sales growth, said he sees the restructuring as the next step in making it easier for partners and customers to do business with HPE.

"This is de-layering to move things faster," he said. "It simplifies things. It makes it easier for us to do business with HPE. That is really important as we deal with clients who have big demands on us. We view this as big upsides for the channel."