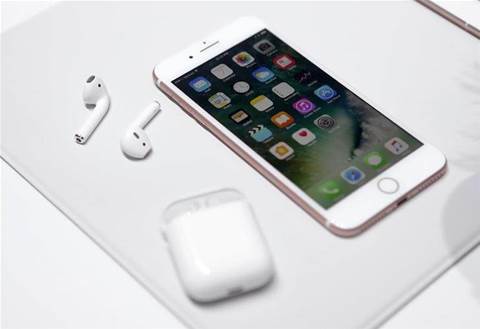 Signs of poor demand for the iPhone 8 fuelled more questions on Thursday over Apple's strategy of releasing two phones within months of each other in 2017, sending its shares almost 3 percent lower.

The chief executive of Canada's largest mobile network, Rogers Communication, said appetite for the iPhone 8 and 8 Plus had been "anemic", adding to a series of hints that sales had been poor ahead of the iPhone X launch on 3 November.

A number of sector analysts played down the concerns, which have dogged Apple since it announced the plans a month ago, saying that overall phone production looks broadly in line with their earlier expectations.

Verizon's chief financial officer, Matt Ellis, also admitted that the number of phone upgrades in the third quarter was lower than previous years while stressing he expected a surge as the iPhone X is released.

But the debate – and hints from some analysts and a Taiwan media report of a cut in iPhone 8 production – was enough to push Apple shares down 2.8 percent by lunchtime in New York.

"The Street is hyper-sensitive to any speed bumps around this next iPhone cycle and [that] speaks to the knee-jerk reaction we are seeing in shares," said Daniel Ives, chief strategy officer at research house GBH Insights in New York.

"iPhone 8 demand has been naturally soft out of the gates with the main event being the iPhone X launch in early November. [But] this is the early innings of what we believe is the biggest iPhone product cycle with X leading the way."

Apple no longer gives regular updates on sales numbers but indications from supply channels, phone operators and analysts who track the sector have fueled talk of poor sales for the latest update of the smartphone.

When Apple announced the plan to release both phones before the end of 2017, fans were disappointed mainly due to the delay in the launch of the iPhone X until November.

But there are also concerns that the more expensive phone – marking the iPhone's 10th anniversary – may not get so many takers.

KeyBanc Capital Markets analyst John Vinh reported this week that a carrier store survey suggested the cheaper iPhone 7 was outselling its successor just a month after iPhone 8's launch – boding ill for a brand that normally has fans queuing for the latest upgrade.

Rogers Communications chief Joe Natale said anticipation was high for the iPhone X but also noted that inventory would be limited and that – at Apple's starting price of US$999 (A$1579) – it was an expensive device.

US wireless carrier AT&T also said last week its third-quarter postpaid handset upgrades were fewer by nearly 900,000 from a year ago.

"I think what you're seeing there is a difference in timing of some of the new devices coming out versus what we've historically seen," Verizon's Ellis told an earnings call.

"Obviously Apple is part of that. We are splitting the new devices between the 8 ... and the X. As we get into the holiday season, some of those new devices come out, we think we will see strong demand."

Grabbing the hybrid cloud opportunity with Lenovo and Azure Services
By Supantha Mukherjee
Oct 20 2017
6:47AM