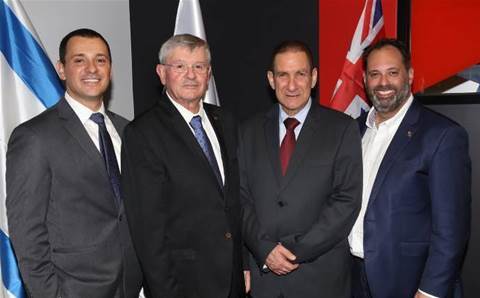 Israeli cyber security training and coaching provider CyberGym has opened its “cyber training and technologies arena” in Melbourne to help companies prepare for and respond to cyber attacks.

The company, which moved its headquarters to Melbourne from Israel earlier this year, will conduct training in the arena through simulated attacks.

The arena allows organisations to test systems, processes and people against cyber attacks, and prepare employees to respond to and fend off real-time cyber-attacks on complex systems and sensitive infrastructure.

“CyberGym conducts proactive-defence cyber-warfare training for government and private enterprises by focusing on the weakest link in any emergency response system – the people who run it,” CyberGym chief executive Ofir Hasan said.

“CyberGym helps address this by being the only cyber security training and defence provider that trains organisations in three critical areas: cyber defence, events mitigation and crisis management.”

The arena is part of an interconnected network called CyberGrid that connect other CyberGym facilities in Europe, the Americas and Asia.

“The establishment of this Melbourne cyber training and technologies arena as the latest addition to the global CyberGrid network further reinforces Melbourne’s position as the tech capital of Australia and a leader in the Asia-Pacific region,” Hasan said.

“We know Victoria is a great place to do business and the state government has been a particularly supportive partner and we are looking forward to a bright future.”

Phillip Dalidakis, Victorian minister for innovation and the digital economy, said: "It’s exciting to have global leaders like CyberGym in Melbourne to be part of our thriving cyber security and digital technology sector.

“Victoria is a hub for cyber security and we’re working hard to attract more investment so we can protect Victorian companies from cybercrime and win a larger share of the booming global cyber security sector.”

Grow your software revenue by selling these 5 affordable, essential tools for the modern workplace
By Nico Arboleda
Nov 13 2017
6:45AM