How Australian hardware startup KoalaSafe made it big on Amazon Marketplace 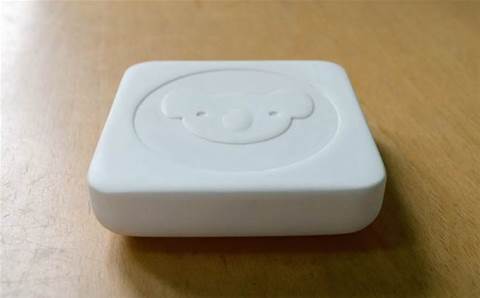 As Australians brace for the impeding arrival of Amazon on our shores, one local company has already found success using the online retail platform as its primary channel.

KoalaSafe launched in 2015 following a successful Kickstarter campaign to raise $100,000. After listing on the Amazon Marketplace later that year, the Sydney-based company now sells to 26 countries, with the US and Australia as its biggest markets.

The startup's primary product is a secondary router that plugs into an existing home router, creating an additional wi-fi network to which children can connect. Once connected, parents can monitor internet usage and block certain websites via a smartphone app in order to limit the time children spend on the internet.

Co-founder and CTO Adam Mills told CRN that 90 percent of KoalaSafe's sales in the US now come via Amazon, with the remainder coming from KoalaSafe's website or from US retail partners Walmart and Target. After its continued success on Amazon, KoalaSafe has begun to wind down its presence in retail stores.

Though the company is based in Australia, the majority of sales still come from the US, and KoalaSafe even set up an office in San Francisco.

"When we launched in 2015, we were trying to push marketing towards our website. We were selling about two [units] a day, but after partnering with Amazon, that grew to six-to-eight a day," said Mills.

KoalaSafe is preparing to launch its second-generation router by the end of the year. Mills said KoalaSafe is in a unique position compared with other retailers that have multiple SKUs, where his company currently has just one.

Mills said the main advantage to partnering with Amazon was the "discoverability factor", which gave wide exposure to a company that had a small marketing budget at the time.

The company recently launched its KoalaSafe for Business initiative which will see KoalaSafe try to partner up with telcos to bundle their products in with home internet plans.

Amazon country manager Rocco Braeuniger divulged some details on how sellers can get their products on the marketplace.

Retailers will have to pay a $49.95 fee to list on the marketplace, plus commission between 6 and 15 percent, depending on the product category.

Mills said KoalaSafe's commission fee sits at 8 percent, though it's unclear whether that rate will extend to other Australian IT hardware retailers.

While some hardware retailers are already operating on razor-thin margins, Mills said the value in KoalaSafe is in its software; the KoalaSafe router is a white-labelled product manufactured in China.

Amazon is yet to give an official launch date for the Australian marketplace, though it is speculated to go live by the end of the month.