Apple under investigation by US federal agencies over iPhone throttling 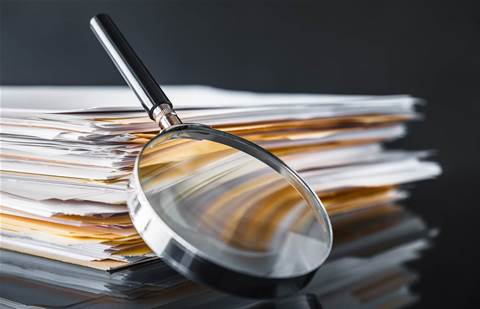 The troubles for Apple may be continuing over the company's performance throttling on older iPhones.

Bloomberg reported Tuesday that two federal agencies, the Department of Justice and the Securities and Exchange Commission, are investigating whether Apple broke any securities laws in its handling of the performance throttling issue.

In mid-January, Apple CEO Tim Cook acknowledged that his company lacked transparency when communicating about a performance-reducing update to iOS. "Maybe we should've been clearer" about the implications of the update, Cook told ABC News.

Cook was referring to measures that were initially delivered in January 2017 as part of iOS 10.2.1. It wasn't until December 2017 that Apple acknowledged that the measures meant slowing the operations of older iPhone models to help reduce the impact on batteries as they age.

According to Bloomberg, the DOJ and SEC have now asked Apple to provide information related to the issue, amid concerns that Apple could have misled its investors.

The report indicates that the investigation is early-stage, but noted that the probe may include Apple's public statements on the iPhone throttling issue.

The iOS update measures were targeted in part at reducing unexpected shutdowns on models such as the iPhone 6 and iPhone 6S.

While acknowledging twice in the ABC News interview that Apple "should've been clearer" about what the company was up to, Cook also took a defensive posture during part of the interview.

"When we did put [the iOS update] out, we did say what it was," Cook told ABC News. "But I don't think a lot of people were paying attention."

However, Cook's statement that Apple "did say" that the updates would hurt performance is not accurate, according to several media reports.

For instance, Apple's original release notes for the January 2017 iOS update reportedly did not mention performance throttling in any way. A disclosure about "power management during peak workloads" was reportedly only added later on, after the initial publication of the release notes.

In response to the disclosure of the throttling issue, Apple has announced that out-of-warranty iPhone battery replacements will be available this year for US$29, down from the normal price of US$79.

Apple also plans to let users toggle off the feature that slows performance in favour of preserving battery life, as part of the forthcoming iOS 11.3 update.

Bloomberg reported that along with facing lawsuits from consumer advocacy organisations over the issue, Apple is also facing scrutiny from officials including US Senator John Thune of South Dakota, who reportedly penned a letter to Cook contending that "there should have been better transparency with respect to these practices."