MyNetFone reaches $100 million on the back of CCI acquisition 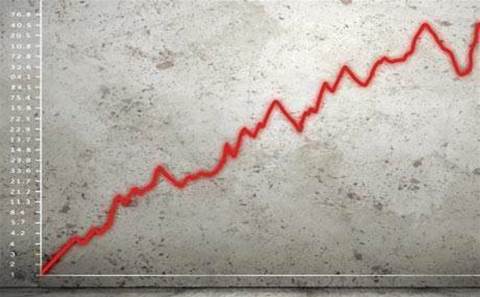 An acquisition by MyNetFone 12 months ago has helped propel the company's half-year revenue above $100 million.

The hosted voice and communications provider posted revenue of $116.7 million for the half-year ending in 31 December 2017, up 28 percent from $91.4 million in the same period the previous year.

MyNetFone also credited growth to its SMB and enterprise and government sub-segments, which was off-set by the decline in the residential sub-segment.

Last month, CCI appointed to the New Zealand telecommunications-as-a-service panel, where it will provide audio, web and operator-assisted conferencing services to the country’s government agencies.

MyNetFone also posted $34.1 million in gross profit, up 27 percent from $26.7 million in the previous corresponding period. EBITDA also grew 19 percent to $11.9 million, which includes costs incurred as part of the PennyTel relaunch.

“The strong increase in gross profit for the period versus the prior corresponding period is attributable to solid growth in all three operating segments of the business: domestic retail, domestic wholesale and global wholesale,” the company said in a statement.

MyNetFone updated its forecast for the 2018 financial year to reflect its intentions to invest a further $3.5 million in the PennyTel launch.

“The relaunch of the Pennytel brand represents a unique opportunity for MNF Group to benefit from the mainstream telco market”, said MyNetFone chief executive Rene Sugo.

“Our strategy is to lead with a mobile first product offering based on our Telstra wholesale MVNO agreement and taking advantage of our vast mobile enablement platform.”

“We will later look to introduce an NBN based product line once the brand is established, and the NBN roll-out has matured to make customer acquisition easier.”