Something is bugging me about Apple, Google and Amazon's smart speakers 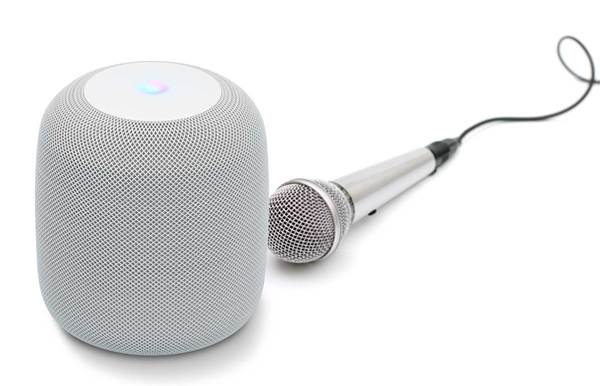 COMMENT  |  Please allow me a small indulgence. Before I dive into the column proper, as it were, I would like to relate a story from my own life. Trust me, it’s not entirely irrelevant.

Recently, I was sitting on the sofa with my wife, Twinklecheeks (not her real name). The two of us enjoy playing a word game against each other on our phones. We also play against various other people. On this occasion, one of my wife’s regular opponents in the USA hadn’t played a game for a while, and she mentioned this to me — something like, “I wish she’d play more, I’m running out of games”. Within a few moments of this remark, I got a notification on my phone that “Twinklecheeks needs more games — play now!”

Now, it’s altogether possible that the notification was triggered by some algorithm somewhere that weighed her usual level of activity against recent activity and detected a deficit in need of remedy. Or maybe it was just a random thing, and I could as easily have been told that any of the people I play against wanted more games.

But what it seemed like was her phone hearing her say she wanted more games and alerting some central computer, which then alerted me. Break out the foil hats.

Just to be clear, there’s nothing harmful about it. Twinklecheeks did want more games, and I am happy to play them with her. By whatever means, fun was facilitated.

But it was spooky.

I was reminded of that incident when Apple announced that its long-delayed HomePod voice-activated assistant/speaker/thingy would finally be available this month. It’s a space already dominated by Google and Amazon, so much of the response has been a bit of a shrug.

In the voice-activated assistant arena, Apple got a big first-mover advantage with Siri. It kind of squandered that by not expanding Siri’s capabilities while competitors sprang up from Amazon, Google and even Microsoft (it’s called Cortana — just to save you looking it up).

At this year’s CES, Alexa was everywhere, as was integration with Google Assistant (which needs a better name — preferably something more memorable than Cortana). Voice was, if you will allow me another small indulgence, the talk of the show. But Siri was not part of the conversation.

That’s why people are wondering what HomePod brings. Because surely the early adopters and gadget nuts who wanted to be first on the block with a device they could talk to already bought an Amazon Echo or a Google Home. The die-hard Apple fans holding out for an Apple-branded device when similarly-capable gadgets exist from other brands surely don’t represent much in the way of expansion for Cupertino.

So why would anyone switch?

Well, Amazon is primarily a retailer. It wants to sell you stuff, and facilitate your purchases from its Marketplace sellers. That’s its business.

Likewise, Google makes its money from advertising. It figures out what you are interested in, and it sells that information to advertisers. That’s its business.

There’s nothing wrong with either of those businesses. Not really. If you’re happy with a device in the corner listening to you and gathering data for exploitation, good
on you. But some folks find it spooky.

Apple isn’t in the advertising business. It’s in e-commerce in as much as it wants to sell you stuff via iTunes, but beyond that core it has no interest in your interests. HomePod has the opportunity to be the voice-activated assistant that just assists.

That should be its motto — paraphrased from another company that isn’t using it anymore: “Don’t be spooky”.