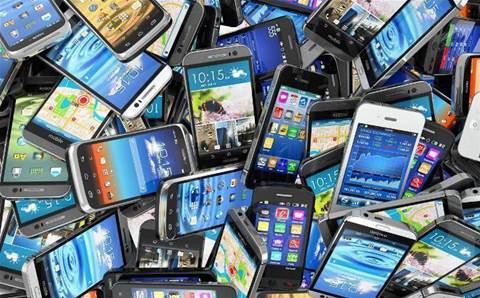 Global smartphone sales have declined for the first time since 2004, according to research from Gartner.

Sales declined by 5.6 percent to 408 millions in the fourth quarter of 2017, the first time since the research and advisory company started tracking the global smartphone market 14 years ago.

Gartner research director Anshul Gupta said there were two main factors that led to the fall.

Samsung continues to be the market share leader despite a 3.6 percent decline with 74 million units shipped, compared to $76.8 million in Q4 2016. Its market share also grew from 17.8 percent to 18.2 percent.

The smartphone giant's success was largely hinged on S8 and S8+ sales, in spite of a slowdown in sales for those models. Samsung is set to release successors to its Galaxy series of smartphones at Mobile World Congress this year which could boost sales numbers in the first quarter of 2018.

"Apple was in a different position this quarter than it was 12 months before. It had three new smartphones — the iPhone 8, iPhone 8 Plus and iPhone X — yet its performance in the quarter was overshadowed by two factors,” Gupta said.

“First, the later availability of the iPhone X led to slow upgrades to iPhone 8 and 8 Plus, as users waited to try the more-expensive model. Second, component shortages and manufacturing capacity constraints preceded a long delivery cycle for the iPhone X, which returned to normal by early December 2017.”

Gartner expected strong demand for the iPhone X would likely bring a delayed sales boost for Apple in the first quarter of 2018.

Meanwhile, Chinese manufacturers Huawei and Xiaomi were the only smartphone vendors to achieve year-on-year unit growth at 7.6 and 79 percent, respectively, with market share also growing.

"Future growth opportunities for Huawei will reside in winning market share in emerging APAC and the US," Gupta said.

"Xiaomi's biggest market outside China is India, where it will continue to see high growth. Increasing sales in Indonesia and other markets in emerging APAC will position Xiaomi as a strong global brand."

In 2017 as a whole, smartphone sales totalled more than 1.5 billion units, an increase of 2.7 percent from 2016. Huawei raised its marketshare and continues to make gain on second-place Apple.

Android retained its lead position in the smartphone operating system market at 86 percent, up 1.1 percent from 2016. iOS is a distant second at 14 percent, down 0.4 percent from last year.

“The competition in the smartphone market is unabated at this time of the year,” Gupta said.

“Ahead of MWC, several phone manufacturers such as Samsung, HMD (Nokia), Asus and LG have announced that they will launch new Android smartphones.”