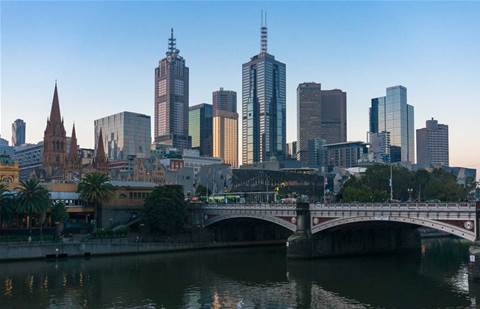 Telstra has expanded its 4G coverage in Melbourne by rolling out 50 new small cells to support the network in the city’s busiest locations.

The move is part of the telco's larger network rollout to boost capacity and coverage for customers across regional and metro areas by deploying 1000 new small cells over three years. Small cells are a smaller version of standard Telstra mobile base stations.

Telstra said Melbourne’s busiest small cells were located near the intersections of Spencer Street and Collins Street; Spencer Street and Bourke Street; and Flinders Street and St. Kilda Road, where traffic handled by the units is often twice or three times the average CBD traffic.

Cheanna Seneviratne, Telstra executive director for network and infrastructure engineering, said as data consumption was growing at about 40 percent every year, increasing coverage at the sites would help maintain a reliable rate of data flow for customers.

“We have been using small cells to extend coverage mostly in rural and remote areas for several years, now we are deploying them in some of the busiest locations in Australia as a cost-effective way to handle the ever-growing demand for data,” he said.

“We have now put small cells at some of Melbourne’s busiest locations – from Southern Cross Station, to Degraves Street, to Young and Jackson’s Hotel on Flinders Street to the front of the Tennis Centre.

“Working in concert with our existing 3G and 4G base stations across the city, these small cells will deliver fast internet browsing, video streaming, social media or a mobile office to our customers.

“By mid-year, we will take this one step further with the activation of additional LTE Advanced features like Coordinated Multi-Point (CoMP) in the CBD to create a leading edge Heterogeneous Network (HetNet). This will further boost the efficiency and performance of the network in the CBD.”

Further small sites will be rolled out in the CBDs of Sydney, Brisbane, Adelaide and Perth, while regional coverage expansion areas are yet to be detailed.