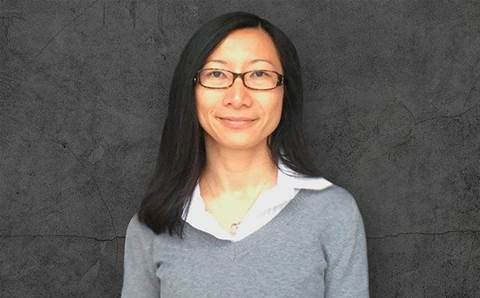 Apple, McDonald’s, Nike, Coca-Cola – from the half-bitten apple to the golden arches to the swoosh and ribbon, no doubt you can recall their logos with ease.

Companies spend millions of dollars drawing and then protecting their logos. It’s no wonder: brand recognition goes a long way to supporting sales and profits and the intellectual property (IP) of a trademark may be a business’ most valued asset.

Government agencies, such as IP Australia and the US Patent and Trademark Office, which award monopoly IP rights, exist to protect consumers, because knock-off logos may confuse consumers. In the era of internet scams, consumers need all the protection they can get.

Unfortunately, the process of identifying and classifying logos has scarcely moved on since 1973 when the Vienna Agreement was signed, with clumsy, siloed national databases leading to potentially costly mistakes.

The central tension is search systems have used arcane text classifications but logos and trademarks are inherently graphical objects.

“Not only was it time-consuming but it left brand owners vulnerable to missing an existing or infringing trademark, leading to expensive rebrands or lawsuits. Harmonising the trademark search process with visual search has empowered brand owners, examiners and IP professionals.”

Now in use with IP offices in Australia, Chile and European Union, TrademarkVision is streamlining logo searches using computer vision and artificial intelligence (AI). It is to trademark professionals what reverse image searches such as Google Images and TinEye are to consumers.

“TrademarkVision is used by lawyers and brand professionals around the world,” says Mau, a former senior computer vision engineer at National ICT Australia (now Data61) in Brisbane now splitting her time with Pittsburgh, Pennsylvania where she did a Masters of Robotics at Carnegie Mellon University.

“The legal sector is naturally risk-averse and sceptical. This drove the company to work with leading governments so the technology would be tested and validated by the toughest critics.

"Similar claiming technology had been tested before and failed the tough standards, but TrademarkVision’s success to break through with government bodies has promoted a shift in the industry and acceptance of their computer vision and AI.”

In Chile, for example, IP examiners quickly gather evidence to back their decisions.

“[TrademarkVision] results are available in seconds and the most relevant ones are placed at the beginning of the list,” says Carolina Belmar, deputy manager of the Department of Trademarks, Geographical Indications and Appellations of Origin at the National Institute of Industrial Property (INAPI).

“This has an enormous impact in the quality of trademark examination, as we are no longer partially blind when it comes to figurative signs and can now base a refusal decision on a solid reason, not only due to the fact they have the same Vienna codes but due to the comparison of the images themselves.”

“I’m able to quickly perform searches often without needing to enter codes or descriptions. This not only saves time, it helps us focus our strategic advice.”

Trademark Vision is a finalist in the 'Exporting Innovation' category in the 2018 CRN Impact Awards. For a list of all finalists and further details on the awards, please head to the CRN Impact Awards hub. The awards take place during the CRN Pipeline conference. You can get more information and purchase tickets here.